Love The One You're With 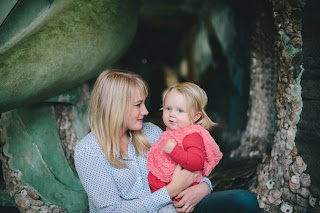 The pandemic has had a dramatic effect on the communication skills of very small children, according to a recent study of some 50,000 children between the ages of four and five.
The survey was conducted for the Education Endowment Foundation, an independent charity, and the findings indicate up to 25% of children in this age category have fallen behind over this past year.

These figures may come as a surprise to those people who have not had much contact with small children but, to those of us who have, we have been expecting it.

And while it’s bad for those children at the start of their school lives, I would argue it's as bad for children who are still at the nursery stage of schooling.

My own experience children of pre-school children (and I've observed and spent a fair bit of time with several of them over the past year) is that they, too, have at the very least stood still, if not actually taken a metaphorical step backwards. Those little people who were toddling towards life outside their immediate family have had their learning curves severely curtained.

The children who were smiling and laughing and beginning to form words and make connections outside their family nucleus up to the middle of March last year have been abruptly pulled back to return to an isolated existence that we who can communicate easily have found very disheartening. If we can talk about and still feel bad, what must it mean for those small humans who are not yet able to get any words out, let alone the right ones.

We know that new-born babies are instinctive and animal-like, sensing what hurts, frightens and angers them and letting parents and carers know what’s going on inside through their cries. They need love, nurturing, attention and comfort and, with luck, they will grow and thrive. We also know, through recent studies, that unborn babies recognise their mother’s voice inside the womb, and they are attuned to it. They are programmed from even before their birth to be ready to respond to the first person they meet.

For the non-specialist observer, we see that it’s as babies grow into toddlers and small children that they develop and learn from those who are ahead of the game the skills to move them from their own inner world into our infinitely more complicated but potentially even more fascinating world.

So, what happens if it all stops still as it has for this past year? Who on earth knows? This is the first experience any of us has had of an event like this and we have no idea about long-term effects. We can only hope they will be few for those of this age but, as Babette Rothschild, explains in The Body Remembers, we may well store memories of traumatic events somatically - within our bodies - and, even if we’re not consciously aware of it, they may leave some of us with some scars.

Returning to my own experience, I’ve watched children who, a year ago, ran into nursery without a backward glance become hesitant to move away from those they have been so deeply connected to, while others have very clearly refused to separate. It feels a bit like Groundhog Day and a repeat and relearning of a process we thought we had moved beyond. And add to that the complication of adults wearing masks and you have a real problem in the making. 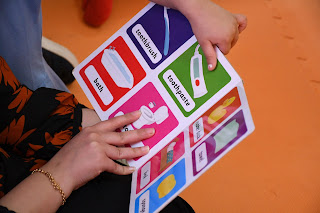 There is a nursery near where I live and I’m fortunate enough to have been given a bird’s eye view of the what’s going on both past and present. There’s a complete mixture of children with some parents dropping off their children from top-of-the-range cars while others drop off from around the corner, pushing the little ones in their buggies or giving them a helping hand via a scooter.

There’s a delay in the time the children arrive and the time the nursery opens. I see some parents chatting, laughing and chasing their child and/or children’s friends and really engaging in the moment. That’s a privilege and gives me a cheerful start to my day.

Others - I’m afraid I’ve particularly noticed mums doing it - are glued to their smart phones. A child may be walking near a tree or a bit of the garden and trying to point something out to said mother who continues, engrossed, with earpiece in ear, phone in hand and absolute disconnection with child. Gradually, the child gives up the attempt to engage with the adult and seems to begin a withdrawal process. I recognise what’s happening by the child’s body language as it closes in on itself.

That’s what’s been happening to everyone this past year. Those of us with connections to little people need to keep this in mind. Put the phone to one side, concentrate on who you have in front of you and relearn the language. Make eye contact, use nursery rhymes to help the memory get going again and be there for them. Right now, small children need a very great deal of adult help to reconnect with the rest of us.