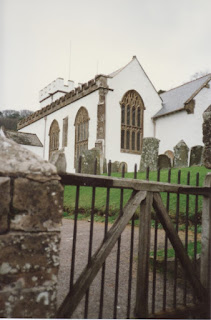 In this age of war, pestilence and the many other scourges we are seeing come to pass, it's good to know there's a means by which 'sustained happiness' can be achieved.

Researchers from the London School of Economics (LSE) and Erasmus MC studied data from over 900 Europeans over the age of 50 whose results are published under the title 'Social Participation and Depression in Old Age' (clearly, these researchers have some way to go before the big five-oh!).

Participants were followed over a four year period and assessed for whether different forms of social participation were associated with changes in depressive symptoms.

Increased participation in religious organisations, they found, was associated with a decline in depressive symptoms. LSE epidemiologist Dr Mauricio Avendano, commenting on the findings, said that, of all the different kinds of social participation, the only activity linked to 'sustained happiness' was going to a place of worship. He also noted:


"The church seems to play a very important social role in keeping depression at bay and also as a coping mechanism during periods of illness in later life."

Interestingly, attending church was found to be more helpful in maintaining mental wellbeing than participating in sport or charity work. The findings also showed that participation in political and community organisations was associated with an increase, rather than a decrease, in depressive symptoms.

While previous studies have examined the mental health impact of participation, this is, reportedly, the first paper of its kind to look at the effects of participation in specific activities.

Perhaps this is one of the reasons why the much subscribed 12-step programmes are so successful in the treatment of addiction, based, as they are, on handing over one's grip on life (or lack thereof) to God. This act of humility places one squarely in the territory of recognising one's human frailty for what it is, thereby giving one the opportunity to allow divine intervention.

The 12-step programme is based on the Christian faith of its founders, and therefore deploys such powerful principles as acknowledging our personal powerlessness and defects of character, and gives us the opportunity to make amends where we have erred and to forgive those who have offended us.