The Supporting Role Of Strictly 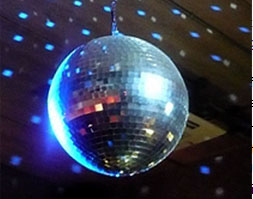 September, the beginning of autumn and Keat’s season of mists and mellow fruitfulness.

It’s an emotional time whichever way you look at it and often a time for reflection. For some, it’s the end of summer and that brings on a feeling of melancholy. For others, it’s a cooling down of the weather, leaves changing colour and a particular shade of sunshine that cheers without oppressing. Or maybe that’s just my view.

And then, for the television watchers among us, there’s Strictly Come Dancing, the BBC’s annual dance fest of over-the-top glamour that shimmers and sashays across the screen every Saturday night from next week until Christmas.

And what, you may wonder, does this have to do with the 96 Harley Psychotherapy blog? I think it fits very well. To me, the Strictly stage is a microcosm of all life.

It starts off like a party where one stands awkwardly, perhaps recognising one or two people but feeling a little left out and on the side. And, over a period of 10 weeks or so, I’m there, if not in a role taking centre stage, actually totally involved and having a great time. And, when it comes to the end, I just don’t want to say goodbye and leave.

It’s too early to tell what’s going to happen this year but the party has “form” from the past. There are the hosts, sensible Tess and her slightly daffy sister Claudia, the annual event givers who are determined we’re all going to enjoy ourselves. And then there are the guests, and what an interesting mix. There are the professional attendees who are hired to add that extra va-va-voom, to give their all and to charm each and every one of us into their arms. To be fair, it wouldn’t be hard. Both sexes are in the prime of life, beautiful to look at and at the peak of physical fitness. As for their moves …

And so we come on to the motley crowd of guests. An interesting mix. The first party was held in 2004 and the organisers – the BBC – had such a reputation that guests were clamouring to be invited. Now, it’s a little different. I recognise some of the names, of course, but others are people I’m unsure of. I don’t know a lot about where they come from, what they’re doing or what they’re interested in so I’m a bit hesitant about meeting them. Will I like them? Will they like me? And what about this social media business and the bloggers and vloggers? If they’re all famous as “influencers” on that, then we’ll have nothing to say to each other. They’ll be far too young for me.

Now might be the time to go into non-judgmental mode. Wait and see before deciding the party’s going to be rubbish. Walk in, head held high, smile and see what the night brings.

It’s not long before the professionals have cast their spell on the guests they’ve been allocated as their partner for the evening. A little flirting, an intense look as he or she stands ever closer and a hand lightly resting on the curve of a back. The guest nervously takes a sip of something lightly calming and then another and then they’re gone. It’s love.

If the guest is in “adult” mode, they’ll realise this isn’t real. It’s a party; it’s all about fun, entertainment and that exciting adrenalin buzz that makes you feel very alive. But it’s momentary. It’s not a life changer and it may not be the time to swap partners, regardless of whether or not the music stops.

Some may hear the warning voice that alerts them to rash behaviour and do it anyway (there’s always the one, and we recognise them, maybe because we’ve been there ourselves). Then it’s a bit embarrassing. You flinch a bit, watch and feel awkward for the (real life) partners and then turn away. Making the judgment you said you wouldn’t, you decide you’re not really going to be interested in how well they get on and move on.

There’s another couple where the guest acknowledges all this could happen but is determined enough to remember he has to go back to his real life at the end of the party. He wants to be the star, but not at any cost. You’re interested but not all absorbed. They’re a bit dull. You turn your attention elsewhere.

Yet another paired couple may fall in love over this brief period and leave what may not have been a very satisfactory outside relationship to go off to make their own sweet music in real life. That’s exciting, everyone enjoys a romance. You have your fingers crossed that all will be well but, based on past experience, you have a niggling worry.

And, at the end of the evening, there’s a light show with the prize of a glitter ball. For a moment, and looking outside yourself, you think it’s all a bit odd and wonder what’s kept you glued to your glass (seat) for all that time. It all seems so unreal.

And it was. But, for a very short period, these people became part of your friends and family and part of your world. You got to know them, you changed opinions about some you thought you knew and found you didn’t. You loved some more than others while some were some exasperating you had no plans to see them again.

But you were open to a new experience and were enlivened and absorbed while it lasted. And, even though it’s ended and you’re going to have to leave, you wouldn’t have missed it for the world. A bit like how life should be really.

Photo by Michael Discenza on Unsplash