The value of art in expanding our minds


You may have noticed there's a lot of emphasis on science thesedays, but a recent study by neurophysicians at the Memory Clinic at St Michael's Hospital in Toronto demonstrates the value, endurance and mysterious role of art in enriching human lives.

The lead author, Dr Luis Fornazzari, reports the case of Mary Hecht, an internationally renowned sculptor who died in April 2013 with vascular dementia, whom he cites as "a remarkable example of how artistic abilities are preserved in spite of degeneration of the brain and a loss in the more mundane, day-to-day memory functions."

Because of her neurological condition, Hecht had lost the ability to conduct a normal conversation, remember words she was asked to recall and even illustrate the time on a clock. But to the astonishment of Dr Fornazzari and his team, she was able to quickly sketch an accurate portrait of of a research student from the Clinic, as well as other people and objects from memory. While drawing, she was able to speak eloquently and without hesitation, in contrast to her prevailing level of functionality.

This shows, at the very least, the unique terrain occupied by art in our brains and Dr Fornazzari concludes that "art should be taught to everyone. It's better than many medications and is as important as mathematics and history."

For those of us who have friends or loved ones with vascular dementia, this work offers hope, in that so often, activities which once gave pleasure, like cooking or gardening or basic activities of daily living, can no longer be undertaken. Could it be that providing them with paper and pencils and painting sets may open the window to freedom and joy, even if for a limited time? It is possible Hecht's extraordinary talent may have been part of the key, but it's certainly worth a try.

No matter how alluring the promises of a life filled with logic and scientific discovery, we dismiss the value of art at our peril. In all its forms, it points to a place where there are no easy answers, touching upon states which we can only feel and barely describe. Our brain is a brain of two halves - let's not succumb to the seductive temptations of a life lived on one side.

You kind of know it in your heart, don't you. Spending too much time communing with your computer can't be good for you. But who would have guessed that, even when the communing involves engaging with a large number of like-minded people (and I've heard it said that the population of Facebook makes it the third largest 'country' in the world), it still isn't good for you. What about all those friends?

A new study supports the notion that Facebook can have a negative impact on the way you feel - researchers from the University of Michigan published in the journal Plos One that "rather than enhancing well-being... Facebook may undermine it."

Using the technique of 'experience sampling', the authors text-messaged 82 young adult participants five times per day for two weeks to examine how Facebook use influenced two components of subjective wellbeing  - how they felt from moment-to-moment and how satisfied they were with their lives.

What they discovered was that the more participants used Facebook on any given day, the worse they felt next time they were text-messaged, and the more they used Facebook over the course of the whole fourteen days, the more their experience of life satisfaction declined.

One explanation put forward by the authors was that loneliness and/or worry might be causing participants to increase Facebook use, which would suggest that Facebook was not the problem at all, and that negative feelings were driving its use. However, even when they accounted for the loneliness and worry variables within the study design, Facebook use continued to predict declines in subjective wellbeing.

These findings deserve consideration in light of the suggestion that Facebook can be considered an addiction, in much the same way that any substance or behaviour can - the Bergen Facebook Addiction Scale (BFAS), developed by Norwegian researchers, testifies to this. As with alcohol, for example, developing a Facebook habit would appear to run counter to improving your psychological wellbeing.

So what are we to make of these findings? As usual, mother knew best, and it's moderation in everything. We'd do well to keep an eye on how much time we're devoting to the use of social media at the expense of participating face-to-face in our real life communities. Probably a good place to end a blog post, don't you think?

This week, the annual Care Quality Commission (CQC) Report on Controlled Drugs revealed that the number of prescriptions for Ritalin, the drug commonly used for treating children with Attention Deficit Hyperactivity Disorder (ADHD) has risen by 56% in the last five years. That is to say, in 2007 GPs in England wrote 420,000 prescriptions for Ritalin and in 2012 they wrote 657,000.

You might be forgiven for thinking that Ritalin (chemical name methylphenidate) must be a relatively new kid on the block (pardon the pun) given its recent rise to prominence. But in fact, it was first prescribed as far back as 1957 for the treatment of chronic fatigue, depression, psychosis associated with depression and narcolepsy. By the 1960s, research interest focused on its use in the treatment of hyperkinetic syndrome, which would eventually be labelled ADHD.

Although technically not an amphetamine, Ritalin is a brain stimulant that seems to behave in a similar manner; its mechanism of action is still not understood. Most experts agree that it affects the part of the brain involved with impulse control (the midbrain) and researchers have reported a link between Ritalin and serotonin, a naturally occurring brain neurotransmitter (also the target of antidepressants known as Selective Serotonin Reuptake Inhibitors, SSRIs, of which Prozac is a prime example).

A recent new Canadian study among thousands of children http://www.nber.org/papers/w19105 should give us pause for thought when it comes to the subject of Ritalin prescriptions. It showed that Ritalin and other such stimulants have no long-term benefits and, if anything, children on these drugs experienced worse outcomes than children not taking them. To quote the authors:

"We find evidence of increases in emotional problems among girls and reductions in educational attainment among boys. Our results are silent on the effects on optimal use of medication for ADHD, but suggest that expanding medication can have negative consequences given the average way these drugs are used in the community."

Why this, one wonders? One thought is that while Ritalin may work to quiet children down, it may also give the appearance that their behavioural problems have been solved. The difficulty is, that if the underlying cause of an ADHD diagnosis remains unaddressed, it won't necessarily go away and when the drug is discontinued, symptoms will inevitably re-emerge. Children who have been 'damped down' in this way are also (arguably) less likely to get any additional academic help they may need, which may have been an unconscious reason for the original disruptive behaviour.

It is recommended that Ritalin should always be prescribed alongside non-medical psychological treatments such as counselling, though in practice this doesn't always happen. This removes a significant check from the treatment equation. Psychoactive medication combined with failure to treat underlying causes rarely ever prospers the patient.

None of this is to say that Ritalin is not an effective treatment for a small, but significant, number of children with ADHD, whose lives without the drug would probably be all the poorer. But clinicians are rightly becoming disturbed by the rapidly rising number of children who are now receiving treatment as a matter of course - an incredible 11% of all school children in the USA (nearly 20% of high school-aged boys). From these latest CQC figures, it appears that a similar trend is emerging in the UK.

Given the large demographic, particularly in the USA, are children being medicated for the 'disorder' of being a child, one has to ask. What are your thoughts? We'd love to hear them.

I thirst for you - cognitive performance, that is! 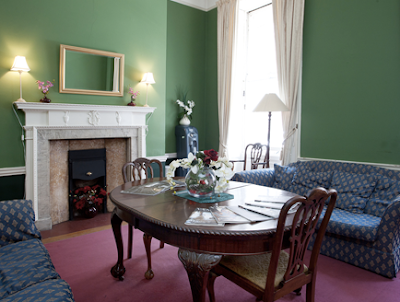 A recent study by Caroline Edmonds and her colleagues from the University of East London and the University of Westminster has shown that when people are thirsty, they tend to respond more slowly in performing tasks. Interestingly, extended response times were not associated with actual physical dehydration, but more with the experience of being thirsty.


In the experiment, participants abstained from fluid overnight on two separate occasions. The following day, on the first occasion, they were given 500ml of fluid to drink before performing a specified task and on the second they were given no fluid to drink before performing the same task. Their reaction times were measured and only those who were subjectively thirsty demonstrated compromised reaction times - the level of physical hydration itself was not the issue!

What can we take from this novel finding? Well, we at number 96 plan to make sure, from this moment on, that our water cooler is always topped up - specially during the warmer weather. We figure, at least for ourselves, we need all the support we can get when it comes to maintaining optimal cognitive performance!

So if you're wandering down Harley Street and feel in need of a cooling draught, please do press the buzzer - we'll welcome you to our waiting room (water cooler to the right of the fireplace, pictured above) with open arms.