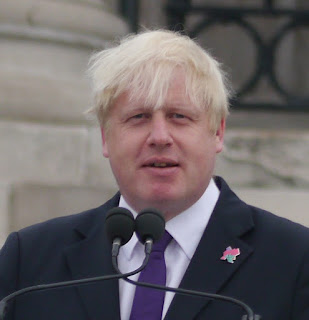 NB: This is my entirely personal view, written wearing the analytical hat of a journalist. I’m aware that, as a qualified counsellor, I have no business writing about somebody of whom I have no personal experience. However – and that’s an interesting point for me – I feel I know him, as many of us do, so I’ve decided to take a punt and write about what I see. In my defence, I’d argue Mr Johnson is a politician and we have a right to consider what makes him tick.
Posted by 96 Harley Psychotherapy at Sunday, July 28, 2019 0 comments 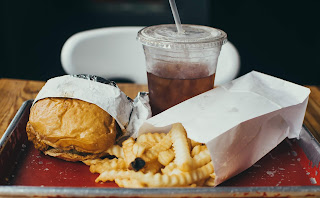 Every week, we are told we are getting progressively fatter as a nation and that the illnesses and physical disabilities that can be directly attributed to excess weight are placing a catastrophic drain on the resources of the NHS.

Two-thirds of adults in the UK are now overweight and 27% are classified as obese. Resultant illnesses include Type 2 diabetes, cancer, strokes, heart attacks and sometimes irreversible damage to muscles, joints and tissues.

And, every week, we are bombarded with information on new “wonder” diets, new fitness programmes, new exercise plans and nutritional guidelines.

Old-school slimming organisations such as Weight Watchers continue to thrive while we are increasingly offered slimming pills and medical interventions ranging from gastric bands to body modifications of one sort or another.

So, we have all the information, we know all the risks, and we have access to all the possible support systems and “cures” . . . and yet we continue to get fatter and fatter - why???

Perhaps the answer lies in the question.

So it seems the real problem can then be identified as connected with the lack of "feeding" the pleasure response, rather than the actual hunger itself.

I believe, therefore, it is more productive to approach this problem from the perspective of the feelings which cause us to eat, rather than the food we then consume.

People often bemoan their lack of will-power in not sticking to a diet, whereas I suggest it is precisely their will that is persuading them to reach out for more food despite their better judgement, and the power given to the food is often to make us feel better rather than to satisfy an actual hunger.

We eat the “wrong” foods, not only because we like the taste, but because we absorb them more swiftly into our systems and therefore experience a quicker response.

Just as we would not consider it helpful to take an alcoholic into a pub and discuss with him/her the various ingredients and comparative merits of each bottle of alcohol I feel that, until we take the focus off the food and place it on the reasons for eating, we are not attacking this crisis at source.

Food has always had - and will always have - strong, emotional, cultural and religious associations and it has traditionally been used both to celebrate and to punish.

These feelings remain embedded in us and we then easily learn to attribute the feelings to the food itself.

This is demonstrated by the fast food chains who make their food very attractive to young children as those connected happy feelings will often remain with adults throughout their lives.

How often do we eat for social, celebratory or habitual reasons, or out of loneliness, boredom or unhappiness?

Just over 40 years ago, Susie Orbach in her book Fat Is A Feminist Issue explored how women can use gaining weight as a psychological defence. Little has changed.

A recent six-page supplement on obesity in The Guardian which contained articles by doctors, nutritionists, surgeons, physiotherapists and other health care professionals, included just one sentence on the possible need for psychological help.

Obesity is an illness that we wear; the symptoms are not hidden or random.

While we focus on the food, we are on a constant roller-coaster of deprivation and compensation where food is both our gratification and our punishment and comes with a heavy coating of guilt.

Yet the medical profession is often fearful of addressing this crisis out of concern for shaming the patient.

I would argue that we are at risk of allowing more and more people to die of obesity and its related illnesses if we cannot lift the stigma that is attached to fatness.

Instead, we need to look and see it as an emotional and psychological defence that can be managed and overcome with sympathetic and insightful care.
By Sue Sutcliffe
Integrative Counsellor and Psychotherapist

Photo by Christopher Flowers on Unsplash
Photo by Alexander Mills on Unsplash
Posted by 96 Harley Psychotherapy at Sunday, July 14, 2019 0 comments