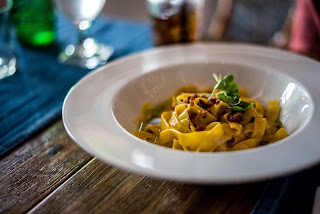 The Surprising Pleasure of Ageing 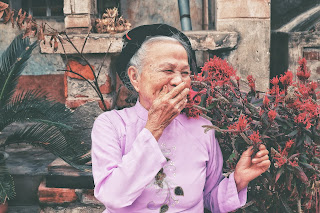 Who would have thought that one of the benefits of getting older is actually enjoying life more? Why is it we get happier as we age? We live in a society apparently programmed to appreciate youth, we use the term: “The optimism of youth” and, in youth, the future seems to stretch out eternally, with nothing but possibilities and hopes on the horizon.

Looking at it that way, it would seem people should get sadder as they get older.

And yet, according to a recent survey by the Georgia Institute of Technology, involving 20 young adults in their early 20s and a similar number of adults in their 60s and 70s, quite the reverse is happening.

The study, which put volunteers into an MRI scanner and used eye-tracking experiments to monitor reactions to a series of pictures, found the brains of young millennials tended towards “hyper-vigilance”. That meant the young people were always on the lookout for threats and things going wrong and were permanently on high alert.

In contrast, the older people, while recognising the danger, seemed to be able to manage and control the “high-alert” function of their brain.

What happens, says head researcher Brittany Corbett, is that, instead of the brain in an older person being overwhelmed by whatever threat it perceives, it can block out a fearful reaction that would set down a bad memory “template” and create instead a “positivity effect”.

It seems that while older adults may indeed perceive a threat, they are able to assess its importance – or not – and put it to one side. In other words, they worry less about what may happen.

Ms Corbett told The Times newspaper: “As we age, we try to have better overall wellbeing and protect our emotional health. Older adults who focus more on negativity avoidance seemingly live happier lives, have better health and longevity."

Ms Corbett suggested the results made sense from an evolutionary perspective.
“As one's perceived time left in life grows shorter future-orientated goals such as information seeking grow less important.
“Instead present-orientated goals such as living a happy life and having a good well-being are prioritised.”
Dr Robin Lawrence, founder and consultant psychiatrist at 96 Harley Street, offers his view.

“I am not sure if we can say that this is a consequence of growing older or a difference between the generations.

“If the former, it is to be welcomed and supports the anecdotal impression that resilience increases with age.  There is also evidence that personality disorders (particularly Borderline Personality Disorder) get better with age and that fits with the former theory.

“If it is a generational thing - the older generation have always had a greater capacity to ward off unhappiness - then the future looks bleak and must result in a continued increase in demands for psychiatric and psychological services.”

In our current turbulent times, it could be argued there are good, practical reasons for young people to be feeling deeply concerned about the stress they have to manage. Worries about student debt, career paths, mortgage or rental affordability and relationships are real and  immediate concerns.

One way to help train young brains to identify and contain what must be an instinctive survival fear might be to encourage the here-and-now benefits of the ancient art of mindfulness.