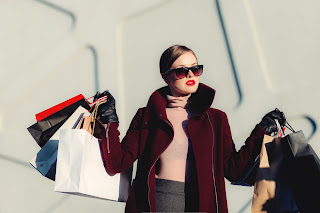 We’re entering the year’s prime-time spending period with shops and online outlets doing their best to persuade us to buy anything and everything, whether we want it or not.

There’s nothing new about this. We are part of a capitalist world that depends on people spending their hard-earned cash on items they may soon decide they don’t want. The UK’s economy is built on that premise, which may be a bit worrying if people one day decide they’ll stop spending.

We’re not at that stage yet. Indeed, some psychiatrists are suggesting that a bit of a control might be needed, at least as far as internet shopping is concerned where, according to research published in Comprehensive Psychiatry, some people are seeking treatment for compulsive shopping online.

The research of 122 people who are seeking help for such an addiction indicates, researchers say, that about 5% of adults in the Western world – or 2.5m people – are compulsive online shoppers. Psychiatrists say there’s an argument such shopping behaviour could be classed as a mental health condition or labelled as “buying-shopping disorder” (BSD).

Currently, BSD comes under the category of “other specified impulse control disorder” which takes in online gambling, video addiction and other internet-linked compulsions but the authors of the paper say it needs its own separate mental health condition so that it can be considered for serious treatment by professionals, including the NHS. 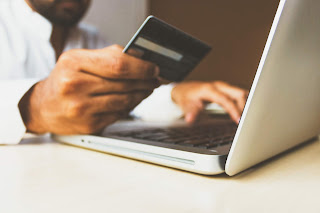 Problems connected with online shopping are slowly coming into public awareness. Amazon has announced it will turn down customers who buy and then return too many products. I was surprised at that news because I thought the point about buying online was that the shopper could decide the product was unsuitable for whatever reason.

So, what is that all about? Again, we’re not talking about people who shop online for a product, buy it and use it, we’re talking about using online shopping as a way of subjugating our inner feelings of distress – we shop to put the lid on such feelings. The problem is that, after the process is completed, we’re back with our original uncomfortable feelings, possibly even worse so after being compounded by our spending.

At some point or other, most of us look for something to distract us from uncomfortable feelings but, the researchers say, the compulsive online shopper’s habit is linked to a higher level of anxiety and depression than offline sufferers due to the internet’s increased “availability, anonymity, accessibility and affordability”. In other words, if you have an addiction problem, it’s all too easy to feed it through online buying.

Underlying conditions such as anxiety and depression are best helped through talking therapy. Identifying the cause(s) and bringing it/them out into the open through our own awareness sometimes with the aid of a professional counsellor is a life-enhancing experience, even allowing for the bumps along the treatment road.

But it takes time and, meanwhile, if the addiction is to be contained in some way, I’d suggest looking at the six stages encompassed within Gestalt therapy’s cycle of experience. It’s a good way for a therapist to understand what may be going on with the compulsive online shopper and also for the addicted person to consider what may be driving them into a pattern of behaviour that is not at all beneficial for them.

The cycle starts with a “sensation”, a feeling or desire within the self. The person (shopper in this case) then has an “awareness” of the sensation which leads to “excitement”, creating an energy to do something about the situation. Next comes the “action” – look online, check out the products, see what you like, reach for credit card/PayPal details and ping, press that button!

After “action” comes “contact”, the reward for what you’ve done. You’ve ordered a parcel, it’s arrived. You unpack it, check it, make sure it’s what you want and experience the pleasure you’re feeling at your gain. From there, the idea is that you move on to the final “withdrawal” stage when you pause and give yourself some time to enjoy what you’ve done –researched, bought, received and enjoyed your purchase. The withdrawal stage is crucial. It allows you to absorb and feel the whole experience and to process it fully.

This is a cycle we work through all the time, although we’re unlikely to be aware of it. Maybe we need to consider its value. It's useful not only to appreciate the “now” moment of our pleasures but as a way of containing some of our not-so-worthwhile habits, in an almost counter-intuitive way.

For instance, put the list of actions and their meanings somewhere readable near the computer. If the temptation to shop arises, return to your list and reflect on what’s going on inside. Go through all the stages slowly, thoughtfully and paying real attention.

Before pressing the “go” button, ask yourself if what you’re doing is going to make you happier long term.

If yes, press that button. If there’s even a hesitation before answering, think again.

It’s recently been announced that the handling of mobile phones in cars is to be banned. The idea is that smart roadside cameras will be able to zone in to drivers who simply touch their phones and the drivers will be in for an instant fine – no excuses to be accepted.

It would be hard to argue with that decision. The problem is that it should be been declared to use a mobile phone in a vehicle when mobile phones were first introduced. The question was raised but the PM of the time – Tony Blair – said he didn’t see a need for such a measure.

Now, more than 20 years on, mobile phones are not just a useful accessory, they have become part of our being. We are told by researchers that children are “addicted” to them and spend up to three hours a day on such devices (I’m imagining the researchers are talking about social media use on tablets and computers as well as mobiles) so that certainly can be classed as a habit. Fortunately, children have not yet become drivers.

But, wait a minute, anyone who drives around a big city – let’s take London for example – can see that adults have the habit too. Stuck in traffic, a driver can often be spotted looking down. S/he may be reading a magazine, but it doesn’t seem too likely. There’s the quick eye movement and downward gaze, then the upward glance to check the traffic, then down again and, maybe, a slight movement of the hand as they put together a quick text. It’s barely noticeable but if you’ve ever done it yourself, you’ll know the signs.

Now, after the recent ruling, anyone caught anywhere near their phone while driving is going to be in trouble – so how to break the habit?

Like all habits we want to discard, it’s easier not to go there in the first place. Smoking, excessive drinking, over-eating, drugs, sex addiction – we all know it would have been better if we’d never started. But we are where we are and the mobile in the car habit is one that has to go.

A habit is difficult to break because it’s something that creeps up on us, that we’ve grown comfortable with and now enjoy. While we know it may not be good for us for any number of reasons, the feeling that we get from that same habit makes it difficult to let go. Mark Twain once explained he found it easy to give up smoking because, he said, he’d done it many times before.

In the case of the mobile phone and driving, this isn’t something we can “hide in plain sight”. Twain didn’t have high-definition cameras ready to catch him out and face a hefty fine if he carried on puffing.

We live in a fast-moving world and many of us see it as a badge of honour that we can multi-task – dealing with emails, messages, texts whatever – while on the go. We’re used to operating a quick response policy, it shows that we’re efficient and on message; any time, any place, anywhere.
Also, we may be afraid of missing out, one of the new challenges of the 21st century. Something might be happening somewhere that we discover about too late and we are left out. How alarming might that be!

Usually, habits take some time to change and there may be a couple of false starts before we achieve our aim.

Unfortunately, with the mobile, we need to change that habit pretty smartly so, in this case, I’d suggest it’s time to take a step back and wonder what all this frenetic activity and thought is all about. Is it really us or is it manufactured by the world outside to make “us” feel the need to use every second of our waking day productively? Maybe all this freneticism is contributing to the imbalance those of us who live in the developed world are increasingly experiencing.

How about using a car journey as a way of being absolutely present and in the moment? Start off by imagining the experience of every action of your journey, starting from unlocking the car door and making yourself comfortable in the driver’s seat. Imagine what comes after turning on the ignition (you’ll probably have forgotten because we go into our own automatic pilot if we’ve been driving a while) and take it from there.

When you’ve taken one or two test drives in your head, turn your mobile off and go out and do it for real, this time noticing everything around you, including how you feel without the comfort blanket of the mobile at your side. It could be difficult at first, maybe a bit of a sense of anxiety with that niggling feeling of having left something behind. But, in the end, after a few more stop-starts and kangaroo hops on the road, and a little perseverance, you’ll wonder why you ever thought you couldn’t do without it.

The next step – after a time spent reflecting on and enjoying how your achievement – is to try the same method with any other habit you feel has outlived its usefulness. Good luck. All is possible.

(Clearly, this blog is not for people who do not and have never used mobiles when driving. That is the exemplary standard to which we should all have aspired. It’s for those who have aspired, and missed, but know now this is the only way to travel. Both hands on the wheel, looking ahead observantly and ready to enjoy the journey – with no noisy distractions to put you off.)

Photo 1 by Damir Kopezhanov on Unsplash