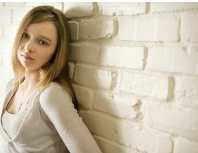 
And so it is upon us - Schizophrenia Awareness Week 2013, now with just two days to go until the closing gong. So here I am doing my bit, in the hope that my small action here will help to de-stigmatise what must be an incredibly difficult condition to live with.

I have not had much personal exposure to schizophrenia, though I do hold the view that diagnostic labels can often be more dangerous than the conditions which they describe. In that sense, I have some sympathy with the thoughts of R.D Laing (1927 -1981), a Scottish Psychiatrist and a controversial figure, who believed that schizophrenia was "a theory not a fact". He rejected that schizophrenia was genetically inherited - a prominent model of the time - which was also rejected by leading contemporary medical geneticists.

Laing's views were greatly informed by existential philosophy and he believed that the feelings and experiences expressed by the person with schizophrenia were valid descriptions of the lived experience, from which there was much of therapeutic value to be gleaned. In fact, he rejected the notion of an underlying biological model of mental illness more generally - according to Laing, diagnosis of mental illness did not follow a traditional medical model and this led him to question the use of medication, such as anti-psychotics, for those diagnosed with schizophrenia.

Rather, he saw 'schizophrenics' as somehow luminary, people who were expressing fundamental truths about their lives and the world around us, and whose difficulties were merely a reflection and expression of unresolved aspects of their lives. A passage from one of his books, The Politics of Experience, reads:

"If our human race survives, future men will, I suspect, look back on our enlightened epoch as a veritable age of Darkness. They will presumably be able to savour the irony of the situation with more amusement than we can extract from it. The laugh's on us. They will see that what we call 'schizophrenia' was one of the forms in which, often through quite ordinary people, the light began to break through the cracks in our all-too-closed minds."

From this, we observe the respect he has for those who suffer from schizophrenia, whom he sees as shining beacons in the darkness of our 'enlightened epoch'. Frankly, I'm with Laing, who was effectively blowing wide open preconceptions and misconceptions about the condition.

A year ago, in November 2012, the independent Schizophrenia Commission published its report The Abandoned Illness which found that significant change is urgently required in the NHS (and beyond) to ensure that people affected by schizophrenia, and their families, get the support they need. Following its publication, Rethink Mental Illness Innovation Network has been working with the NHS and independent providers to turn the report's recommendations into nationwide change. The focus has been on providing therapeutic inpatient care, supporting people into employment and improving physical health outcomes.

Whether you hold with Laing's views or a more biological basis for the condition, it's clear that people with schizophrenia need understanding and they need help. Let's hope that awareness-raising, along with government-sponsored and private action, will deliver positive change.

Email ThisBlogThis!Share to TwitterShare to FacebookShare to Pinterest
Labels: schizophrenia

In a move towards destigmatising the disorder, the organisation has changed their terminology to describe paedophilia as a 'sexual orientation', thereby opening the door to paedophiles arguing that their behaviour (as per the precedent set with homosexual declassification) is not only acceptable conduct, but a civil right. Paedophiles the world over will be rubbing their hands (and God knows what else) together with glee at this highly disturbing development.

And if you're in any doubt as to a hidden agenda, let's just take a look at the way the APA has made changes to the diagnostic category of paedophilia (or pedophilia in the American spelling) over the years:
Am I reading right here? Because if I am, then paedophilia is set to become, at best, simply an orientation (like being gay, which of course is now enshrined in law) and at worst, an interest, much like stamp collecting or go-cart racing. To say we are on a slippery slope is to understate the utter desperation of the situation and to be putting our childen in terrible danger.

This is how chilling laws are born - a so-called authoritative body justifies what is clearly indefensible behaviour and then people argue that the behaviour is, not only acceptable conduct, but a civil right. The next step, of course, is for those with a vested interest to claim that anyone who speaks out against their behaviour is in breach of their human rights. That's when the party begins.

Oh yes, people, we are sleep-walking here if we sit back and let this continue. All it takes is for a few good men to remain silent.

All this comes in the same week that more than 20,000 paedophiles were caught red-handed when an anti-child-abuse group in Holland (Terre des Hommes) created a computer-generated 10 year-old Fillipina girl called Sweetie and floated her in the chatrooms. She was bombarded with offers to perform sex acts on a web-cam from (predominantly) men from all over the world. Project Director Hans Guyt commented:

"If we don't intervene soon, this sinister phenomenon will totally run out of control. The child predators doing this now feel that the law doesn't apply to them."

UN figures suggest that up to 750,000 paedophiles (or should I say people with 'sexual interest' in children) are online at any one time - you know, just a regular bunch of guys who share a common interest and just want to have a little fun. "No harm done. It's all remote anyway, so what's the problem? You gonna tell me theres something wrong with me, just because I happen to enjoy the company of children?" According to the APA, this is exactly what we can expect - now that paedophilia has ceased to exist as a disorder.

I don't know where we take this, but if this story disturbs you as much as it does me, try Liberty News, whose tagline 'Report Truth. Take action.' seems like a sensible imperative here. And maybe spread the word by tweeting this article. 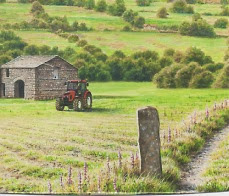 Just lately, I've been hearing reports from a friend about her experience of equine psychotherapy. Once a week, she boards a train and heads for the hills, so to speak, to meet with her four-legged chestnut therapist (who, for the purposes of this post, is just out of view munching on turf in the scene above!).

By all accounts, she's galloping ahead with this form of therapy, learning from her (increasingly less tentative) interactions with the  horse, whose behavioural responses often reflect the dynamics she uses with friends and family. As someone in treatment for  childhood trauma, her weekly sessions seem to yield strong, bodily-felt awarenesses about how she initiates and responds in relationship, which is doing her the power of good.

Equine psychotherapy, also known as 'hippotherapy' (from the Greek word hippos, meaning horse) involves using horses to engender growth and emotional healing in people suffering from all sorts of psychological conditions and wounding. The basic principle stems from the fact that horses, by and large, are natural co-operators and conciliators who demonstrate similar social behaviours to humans, just without all the complications.

Collaboration in a herd of horses happens as a matter of course, with members instinctively looking out for each other. Unlike the typical dog-eat-dog mentality that dominates human society, horses are natural peacemakers and when people (such as my friend) start to operate in an environment in which they are being worked with, rather than against, remarkable healing can happen. Horses don't lie or cheat or manipulate - they simply respond authentically, with a natural predisposition towards fostering relational harmony. Horses are basically honest and kind.

Working with horses and equine therapists, people discover new ways of dealing with their problems, often ingrained over a lifetime. A relationship with a horse can help build confidence, compassion and trust, and flag up ways of being which run counter to the natural flow of life. Of course, the therapist's role in the process is specialised and crucial, with horse whispering credentials being every bit as important as those accredited by the British Association of Counselling and Pychotherapy..

If my friend's experience is anything to go by, hippotherapy is well worth exploring. At the very worst, it's a session out in the soft earth and fresh air, with a majestically appointed creature, whose main interest is in getting to know you simply for who you are.