We Need To Talk About Meghan 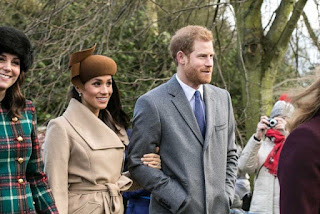 In case anyone’s missed it, the Duke and Duchess of Sussex are planning to step back from their roles as “senior” – their quotes, not mine – royals, separate from THE Royal Family and try to become financially independent.

They plan to divide their time between the UK and North America and to campaign to raise awareness for good causes close to their hearts.

It would be a very unkind person who would not wish them well.

Unfortunately, that’s not quite all.

The couple intend to keep their HRH titles, Frogmore Cottage (a pretty big house for such a small name) and, certainly for the present, a fair portion of their income that derives from the Duke’s position within the royal family. So, as the media has widely reported, they seem to want to have their cake and eat it.

I’m going to concentrate on Meghan because, before their getting together, Harry hadn’t publicly expressed any such desire. Indeed, he’d seemed to have moved from his youthful devil-may-care attitude to grown-up mode and gained a new respect from the public, who had always loved him, despite his naughty ways. He was very much part of the group and seemed to be happy with that role.

Back to Meghan. It was all so promising only a little over two years ago, the prince had got his girl and she was gorgeous. There may have been private critics, but I think the country’s feeling was overwhelmingly of good will. There’s talk now of racism, but I didn’t see any evidence of it. We live in a fairly multi-cultural society and I didn’t hear a single interviewee ever remark unasked on Meghan’s mixed-race background. She, on the other hand, referred to it a number of times. If there was any prejudice, I’m inclined to think it might have been because she was American and, as the quote goes, the US and Great Britain are two nations divided by a common language.

It must have been hard for Meghan to arrive in a country where women married to important men are preferred to be seen rather than heard. She’s known to be opinionated, intelligent, tough and glamorous. She’s also able to cut loose when it suits her, former friends have said. In psychological terms, the ability to remove ourselves completely from those we have been close to could suggest a worryingly cut-off inner world.

Assuming Meghan’s motivation was love, she uprooted, left friends and relatives and agreed to completely change her life for love of Harry. How has it all gone wrong so quickly?

Meghan was once quoted as saying she knew nothing about the royal family; friends dispute this and say she had a passionate interest in them, particularly Princess Diana.

It is possible, however, that Meghan had no idea how the monarchy worked. She may have thought she would be allowed to air her views and quickly discovered, or was told, that she could not. Perhaps she felt disappointed, frustrated and stultified.

The royals and their courtiers seem to have tried their best to help with her transition, including allowing the couple to have a six-week holiday break in the same year she’d taken maternity leave. But she expressed her unhappiness – as did Harry. After their holiday, the couple returned home without their baby. That seems unusual to me. If she intended to go straight back, why was the trip described as a holiday?

So is it possible that nothing was ever going to be enough for Meghan?

Here's a thought. As a counsellor, what would I say to a client with traumatic loss in his background who tells me he’s met someone with whom they want to spend the rest of their life. This person understands them completely, truly feels their pain and they, too, suffered trauma in their early life. My client feels whole with this person and my client has found the role he was searching for: a white knight and protector to his new love. I can see his self-esteem has soared.

Over time, I hear about a few problems. His beloved started off being very charming with his family and very keen to be part of it. Now she doesn’t like the family and doesn’t attend family functions. The prospective partner no longer likes the job my client does, particularly as it involves other family members. The partner is obsessively secretive about certain aspects of her  – and my client’s – life and insists my client is “on-side” with that, even though part of the deal and financial perks of being a family member is that there is some public desire to know about my client’s immediate family life, including any children. He has done all he can to please her but now his beloved is talking about moving back to her country of origin and wants him to go with her, lock stock and barrel, while insisting that my client negotiates to retain major perks from his former work and family life.

My client is too loved up to recognise the signs. I do and I worry. 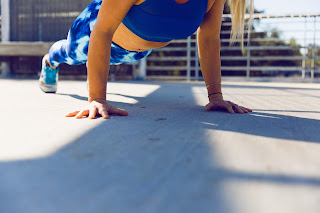 Most of us make them, even if we don’t declare them out loud. There’s something about a new collective start that brings this inner determination to do something afresh.

I read the following in a newsletter from London-based Lidgates, organic butcher to the discerning.

“Babylonians made promises to their gods at the start of each year that they would return borrowed objects and pay their debts.

“The Romans began each year by making promises to the god Janus, for whom the month of January is named.
“In the Medieval era, the knights took the "Peacock Vow" at the end of the Christmas season each year to re-affirm their commitment to chivalry.

“This tradition has many other religious parallels. During Judaism's New Year, Rosh Hashanah, through the High Holidays and culminating in Yom Kippur (the Day of Atonement), one is to reflect upon one's wrongdoings over the year and both seek and offer forgiveness.”

So there we have it, religious or otherwise, this is the time of year when we feel a deep inclination to do better.

I want to give a slight word of warning here. If you’re going to make one or two, keep them achievable.
“I’m going to go to the gym; I’m going to lose two stone; I’m going to stop drinking.” 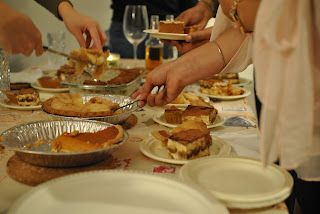 These ideas sound fine when you’re full, fatigued, over-partied and bloated and completely dehydrated through drink.

They may seem less appealing one week later when you’ve got post-Christmas blues and it’s dark, dreary and cold outside. The urge to reach out and eat, drink and – dare I say it? –  even smoke, may become irresistible.

And then, instead of feeling that sense of pleasure in yourself that you’ve taken charge of whatever it was you felt needed a bit more help, you’re left (if you’re as hard on yourself as I can be) feeling a failure, and all within a week of the new year.

If that’s the case, what hope is there for the next 51 weeks?

May I make a suggestion? Avoid the absolute.

That leaves you room for manoeuvre. If you slip up, you don’t have to turn on yourself in fury or disappointment and then attack what it was you were giving up with renewed vigour.

The “trying to” approach is kinder and less punishing internally which means you’re more likely to get where you’re planning to go.

Otherwise, you’re in danger instead of meeting that immediate and devilish resistance that suddenly appears to be determined to put you off your stride. For example: “I’m not going to eat that biscuit” turns into an internal dialogue with a voice that says: “Oh yes you are, why shouldn’t you? And why would you want to stop at just the one?”

This idea of course isn't just about what a person takes in from outside. It can be applied to behaviour too. Less of the setting yourself up to fail with the determined “I will” and more of the understanding “I’ll try”.

It’s about not just being kinder to others, but kinder within yourself too. You might find it quite effective.