The Expansion of the Mid-Life Crisis 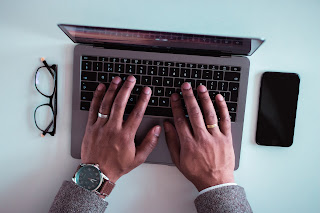 There was a time when a mid-life crisis was associated with someone giving up their old family life in exchange for a new and potentially more exciting one with a new partner.  For some people, there’s the temptation to start again and to put right the wrongs that we may have done to ourselves when young. The benefit of hindsight is all.

For the past 15 months, of course, survival has been uppermost in our minds and the idea of uprooting ourselves from that which is familiar and dear has taken a back seat. It may be that, as we finally come out of lockdown, all the old grievances will return and people will make changes but presently we’re still taking stock.

Strangely enough, I’ve found myself acting a bit more as a life coach than a counsellor over the past few weeks. I particularly recall "meeting" two people away from the therapy room, two people who will remain memorable because of the brave decisions they have taken as a result of lockdown.

The first person’s work was not affected by the pandemic, in fact there was probably more work available than before and they could work successfully from home. The person - who I know professionally but have never met - shocked me by saying they had decided to leave their safe steady employment and go it alone.

They told me it was a decision that had surprised them too because they had expected to work hard, pay into their pension and retire earlier but with good financial backup. The only drawback was a young child who would see less of them now but would have better financial security later. Now, they were jumping into the complete unknown in order to spend more time with their child because who knew what the future would bring. They did know that the decision would mean having to work harder later in life and for longer.

The decision was taken in part by seeing the completely unpredictable and previously unimaginable effect of Covid on the lives of work colleagues as well as their own family members. It was, they decided, a price well worth paying. 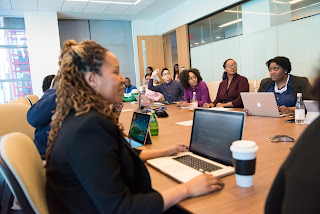 The other person I met - in real life, for an exciting change - had seen their business collapse as a result of lockdown. That had led to them experienced a worsening of a mental health problem they already had and caused them to reconsider their direction of life travel. This person was still in the process of working out how best to manage the new life but was convinced it was the right decision and there would be no going back.

I felt privileged to be taken into someone else's confidence and pleased to discover that other's were already making their own plans for what happens after lockdown eases. I've been reading so much about what businesses are expecting that I'd lost sight of the other side of the coin and it was good to reflect it is not just about businesses making choices, we can too.

We are told some businesses who are keen to save costs will be encouraging people to work from home.

Some workers will like that. They have become used to working from home and want to stay with that scenario. Others, who have been confined to one-bedroom living and deprived of social interaction for a long time, are keen to get back to the world of work and the water-cooler moments at the very least. For them, these past 15 months have been particularly hard.

Other professionals - legal and accountancy firms for example - say trainees or newly qualified staff learn by seeing how the more experienced staff members operate, a type of learning by osmosis that cannot be picked up by Zoom or Teams meetings. They will be required to return to the office.

However it works, it seems like we’ll all need to learn to adapt to some degree. Hugs in or out? Handshakes? Palms together with a polite head bow and a quiet Namaste greeting? Or that elbow touching that seems so last year now?

And what about our physical appearance? The dress code from top to bottom, that is, rather than the smart head-to-waist ensemble that Zoom users favour. Will we be expected to dress up again in office outfits or will the strict delineation of the recent past be one of the first things to go in our new old world?  That might be hard if you’re someone whose boundaries are a bit more elastic than you would like.

Decisions, decisions. We’ll all have to face them sooner or later, even our politicians.

But what leaves me with a lasting feeling of good cheer is how some individuals are not waiting to be told how it’s going to work and are making their own decisions. They have used both emotion and reason to mull over the options, consider the consequences and decide what they believe will work best for them.

I am very hopeful and wish my two mid-life crisis changelings all the very best.