The Power of Projection 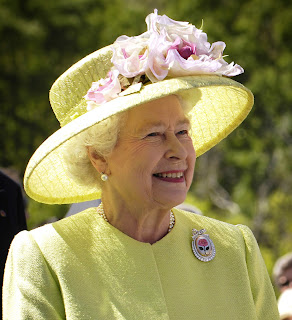 This is the Queen’s year, as far as I’m concerned, even if the Platinum Jubilee celebrations are done and dusted.

Twelve months of keeping Her Majesty in mind seems a small thing to do when you’re talking about a 70-year reign dedicated to her country.

The festivities have clearly given us time to reflect on her role and her position in our lives, regardless of whether or not we’re monarchists. It’s been extraordinary to watch the people of the UK – and the world - come out to take part in a four-day event to celebrate the life of a 96-year-old head of state. How amazing is that! And what wouldn’t other national leaders give to have such support?

The Queen seems to have perfected the art of being what a queen should be. She started off as the beautiful young princess of fairy tales who married her handsome prince, had two beautiful young children and was set for a life as a happy naval wife living in sunny splendour in Malta.

Tragically, that all ended too soon with the early death of her father. The young monarch was enthroned and, unlike in other fairy tales – I’m thinking Frozen here – she accepted her role with good grace and seems to have done it unflinchingly ever since. Seventy years in one role. It’s an impressive achievement.

Perhaps the Queen’s cleverest achievement is remaining almost silent. We hear her speeches at public events but, until recently, we were unlikely to hear her talking unscripted. The microphones were turned off when she appeared, by royal command. Now, we hear a little more as times change and her Bond and Paddington appearances reveal her sense of humour, but this is new. Mostly, we have seen much but heard little. And that must be the way she likes it.

It is remarkable to reflect how so many of us imagine we know  the Queen when, in reality, she is really known to very few. Rather like Diana, Princess of Wales, we have seen so much of her that we imagine we understand how she is feeling. In Diana’s case, we adored her when she joined the royal family, rejoiced with the children’s births and were saddened when the marriage failed. It was like a failure in our own lives and we empathised, imagining how she must be feeling. When she died, we were distraught; it felt as if it were a loss of a beloved family member.

That was never the reality. Diana appeared to have magical powers (fairy princess tales again) in connecting with the ordinary person but she never was. She was born the daughter daughter of an earl and her life’s trajectory was far different from what most of ours was ever likely to be.

And so it is with our Queen. We sometimes see her in person but mainly we watch her on television and we imagine what’s going on in her inner world. When she smiles with her face lighting up in a way that reveals the girl she once was, we imagine we know what’s pleasing her. When she’s looking glum (she has a naturally solemn face in repose which does look quite stern), we imagine she’s upset and worry about what might be making her so. We might be right, we might be wrong but that’s not what’s important. What matters is that we have taken her to our hearts and we feel for her, even though we have no real knowledge of the person inside.

Actress Helen Mirren, in a recent interview, revealed she had been very concerned when she was first offered the part of the Queen because she knew so little about her subject. Strangely, she found it didn’t matter in the end because of the way people behaved around her.

She told how she remained who she was but those around her started to treat her as the monarch, with the decorum and respect such a role deserved. As a result, Helen found herself evolving into Elizabeth, our Queen. She didn’t need to work on her acting skills, she just needed to be. The rest followed.

I believe that might be our monarch’s greatest achievement and one any future monarch would do well to follow. We don’t really need to know much about them, we just want to imagine we do. That way, we can become emersed into their world as we imagine we can draw them into ours. They become part of our extended family. We feel their pain when one child misbehaves or disappoints; we are overjoyed when we experience the delight in their achievements and all the time we can appreciate what we have, even while becoming aware that it may be drawing to a close.

The Queen and her family represents a sense of stability that many of us long for, especially when it goes missing within our own lives. We are convinced she – and they – are there for us in times of trouble when some of us long to feel safe.

It doesn’t matter whether it is true, it matters that many of us believe it to be true and that brings us comfort. We are herd animals and we prefer to live within a group. Our Queen is the head of our herd and we party and celebrate as we acknowledge the role she plays on our behalf.

Her silence reveals nothing but allows us to believe we know all. And that is the secret of her success and what the power of projection is all about.