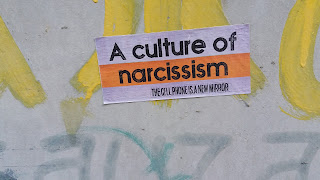 Many of us will be familiar with the story of Narcissus, the flawed character in Greek mythology who fell in love with his reflection after a dirty trick was played on him by an angry goddess.


Poor Narcissus, instead of being grateful that he had been given such good looks and behaving with good grace, was arrogant and dismissive of those around him who didn’t come up to the same standard as him.

Inevitably, being a Greek tragedy, it was all going to end badly. Narcissus incurred the wrath of goddess Nemesis when he rejected an approach by nymph Echo who was only looking for a hug. His rejection wounded her so greatly that she faded away until all that was left of her was her echo.

In punishment, Nemesis took Narcissus to a pool where, when he saw his reflection, he fell in love.

It took him some time to understand that a spell had been cast on him and there was no “other” to love. And that, sadly, was the end of him.

The moral of the story clearly demonstrates that too much self-love can severely damage your health and well-being in very much the same way that too little can have an equally detrimental effect on a person.

Today’s definition of a narcissist has broadened considerably from that tale, so that sometimes it seems as if a person who selfishly disagrees with us and sticks ruthlessly to his/her point of view must be a narcissist, particularly when they’re riding roughshod over us.

Narcissism appears to be one of the most difficult personality types to identity. According to the DSM-5, the US classification  manual used by many psychiatrists to diagnose mental disorders, it is hard to diagnose such a disorder because, ironically, people with it don’t tend to present with problems because they don’t see anything wrong with them!

However, the DSM gives professionals some clues as to what they might look out for. These include a sense of superiority; a sense of grandiosity, a need for attention and admiration; a sense of uniqueness as well as being self-centred, boastful and pretentious. There is more but this seems like a good start. 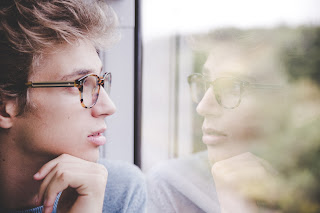 We all have some - or all - of those qualities in us but the problem arises when they are taken to extreme and when there is no-one who is there to point out where we may be going wrong.

Children often demonstrate a fair few of these characteristics - “I was the best”; “I’m the cleverest”; “I’m the prettiest/strongest”, etc and the ones I’ve investigated seem to have a tremendous sense of self-worth. Who would want to knock that?

Unfortunately, though hopefully in a kind way, somebody has to. The charm of a slightly optimistic child might diminish as they grow up into a vainglorious adult.

I suggest one of a parent’s most difficult tasks is trying to find a way of balancing their own innate belief that their child really is the world’s most perfect specimen with the knowledge needed to help that child fit into society in a way that encourages their self-belief but not at the expense of others.

Culture is important here. Japanese children are asked by their parents: “How would you feel if?” as a way of helping them to connect with others. The question encourages the child to imagine how they would react to a given situation. It’s a healthy way of teaching empathy.

Conversely, and up until fairly recently, a type of English parent would come down hard on a child that appeared to be over-pleased with him/herself. The British culture didn’t approve of boastfulness or anyone aiming for a starring role. The expression “too big for their boots” comes to mind.

Fortunately, such harshness seems to have softened but we now have the problem of what seems to be that everyone is determined to take centre stage. It’s a problem because not everyone is able and, if we tell the young child they can be anything they wish to be, they may be bitterly disappointed when they find reality isn’t like that.

Some experts say narcissists, contrary to how they appear, are internally full of self-doubt and feelings of unworthiness. Other studies suggest they are among the happiest of people because they have no doubts.

We are unlikely to know for sure because of the dearth of narcissists who present for help but one point we might all agree on is that narcissism is not appealing for those who are around it.

Imagine working for, say, a Russian President, who doesn’t like to hear the word “no” in his presence. What catastrophic mistakes he might make because his ego refused to allow an “other” voice to be heard. It might even lead to war.

Or what about an extraordinarily privileged prince who is forced to disappear from view because all those adults couldn’t tell him “no”. He should have supporters, friends or staff to speak out on his behalf, but he seemed to have alienated them to such a degree that he was left all alone vain-glorious.

This also applies to ordinary family, where one person is allowed to take too much control. It may happen so slowly that nobody notices until it’s too late. Too much power is placed in one person’s hands until it ends up not only being the acolytes who suffer, but the narcissists themselves. Their own actions have caused them to thwart themselves.

Oh, for the wisdom of the ancient Greeks!