The Power of Hypnosis 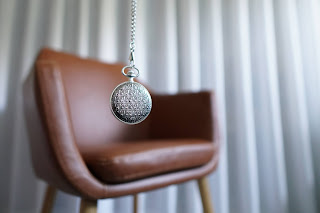 The subject of hypnosis is a source of endless fascination. Some people consider it almost on a par with sorcery or magic tricks while others see it as a useful and important resource to be widely recognised and used within the medical profession.

Many people are familiar with seeing stage hypnotists performing the art of “putting people to sleep” and making them do things that they wouldn’t do in their ordinary everyday lives.

In reality, hypnosis is a phenomenon of the human mind. It is a natural state - a form of intense concentration or focus in which the state of mind is relaxed and open to suggestion. It is a state which most of us experience every day.

You don’t have to be “put to sleep” to be hypnotised. In fact, we have all experienced different levels of hypnotism.

For example, you could be described as being in a hypnotic state when you are absorbed in one activity - watching TV for example - while hearing someone talking to you but not taking in what they are saying.

Or you might be driving somewhere in your car with no conscious awareness of the tasks you were performing to get there - you just arrive at your destination.

Hypnosis has been around for many centuries and is considered to be one of the foremost psychological interventions, mainly in the form of self-hypnosis. People who meditate, chant, perform repeating rituals are all undertaking a form of hypnosis.

It is used in hospitals, clinics, and GP surgeries as a psychological tool to improve the health and well-being of individuals and, increasingly, psychologists are using it as an additional tool to change behaviours, habits and managing pain. 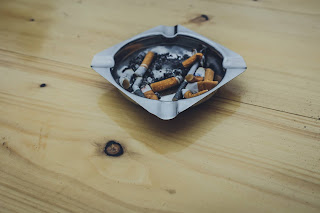 Hypnosis is often used successfully for breaking bad habits - such as smoking - as well as changing certain behaviours, for example overcoming insomnia. It has also been used as an anaesthetic for pain relief and operations.

In the medical field, dentists are increasingly using hypnosis to help patients control their fears of visits to the dentist or, once fears are calmed, as a way of treating teeth grinding and other mouth conditions.

Surgeons, too, are beginning to use hypnosis as part of their toolkit to help patients deal with pain and fears of surgery. Hypnosis is even being deployed as a sedation technique for a specific type of brain tumour where the surgery requires the patient to stay awake because the tumour is close to the areas that control vision, language and body movements and the surgeon needs to ensure these vital abilities remain intact.

Studies into how hypnosis works have found the brain of those people who were hypnotised underwent significant change. They also found that hypnosis is not about being unconscious or asleep but rather that the process involves a distinct form of consciousness.

Scientists found there were three significant changes when a person was under hypnosis.

1.    There was a decrease in activity in the part of the brain associated with emotion and the processing of thoughts. That meant the person under hypnosis was so absorbed in the process they could not worry about anything else.

That allowed for a reduction of stress levels and the production of cortisol, a substance that is produced when the body is under stress but excessive production is not good for our general well-being.

2.    There was an increase in the brain-body connection. This allowed for a change to occur between thoughts and behaviours.  It is a powerful way to change the way we use our mind to control our view of things and our bodies.

3.      Finally, they found that there was a disconnection between someone’s actions and their awareness of performing these actions. So, in reality, when we are engaged in doing something, we don’t think about it, we just get on with it. Hypnosis allows a person to engage in activities that are self-suggested or suggested by a clinician without being self-conscious. This enables them to practice new ways of behaving, thinking and feeling that they can incorporate into their daily lives. 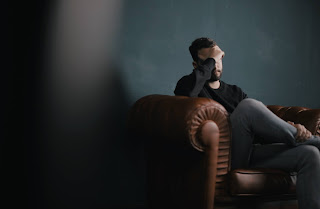 The wonder of hypnosis is that it can be used across a range of disciplines and not just for mental well-being. It has also been used to improve sports performances - many athletes have used it to overcome physical and psychological barriers to progress in their field. Tiger Woods began using hypnotism at the age of 13 to help focus and block out distraction on the golf course.

Hypnosis is even used by the police, with the Crown Prosecution Service in England and Wales producing specific guidelines on the use of hypnosis for the police service. While evidence given under hypnosis may not be admissible in court, it has been used to pursue leads or open other lines of enquiry.

Finally, an important discovery by scientists is the essential link between the desire to be hypnotised and successful outcomes. In other words, hypnosis works best when a client is highly motivated and is working with a highly trained therapist who recognises and understands their client’s particular problem.

As a professional with some 30 years of experience in this field, I am passionate about using hypnosis to help people change their lives and I am proud to have the opportunity to showcase the many benefits that hypnosis can bring. Please get in touch if you'd like to learn more.

A fuller version of this blog can be found here on my personal website.

Photo 3: Free To Use Sounds on Unsplash