A Quest For The Best 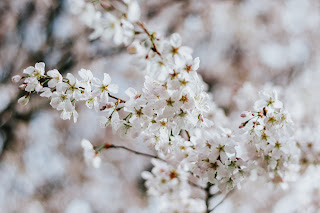 A social media posting by an unknown American has been viewed more than 100,000 times. That sounds like a pretty respectable number. What makes it more amazing, however, is that it’s a tribute to the UK.

Imgur user Chimichanga007 - no, I wasn't sure what Imgur was either - says s/he lived in the UK for a couple of years and now has “survivor’s guilt after experiencing living in a sane country compared to America”. The poster says the difference between the US - where s/he has travelled widely - is “night and day”.

Continuing in the spirit of my last blog in which I looked for the positives in our present situation, I thought it might be an idea to look outward again to find what I have to look forward to while in isolation and with a never-ending number of weeks still to go. There’s a saying that it’s always darkest before the dawn and I, at any rate, am not enjoying the darkness. I am impatient for release.

So, while we’re stuck in this limbo land, I’ve begun to wonder what we do have going for us now in Britain? Yesterday's day of sunshine was one to grab and cling to as a memory. Go outside every time you catch a glimpse, you never know when it’s going to return. It’s a real mood lifter at any time but especially now.

Spring is springing. I’ve spotted daffodils, tree blossom and the powerful yellow of my neighbour’s mimosa tree. It’s hanging dangerously over the weighed-down fence but there we go. It’s a privilege that will be worth paying for.

Other countries may have warmer and more consistent weather but our seasons certainly give us something to talk about. I wonder where else in the world people talk endlessly about the changeable weather and/or joyfully drop everything to go outside and just feel a bit of that warmth on our bones. Maybe some might say we - I - am easily pleased. That’s probably true and that may be while I can still find things to laugh at when I don’t feel much is a laughing matter right now. 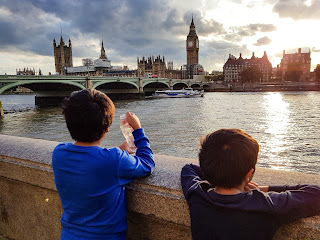 And so we come on to the British sense of humour. That’s a tricky one to define, particularly if you watch the various and varied TV programmes and wonder what happened to our “world class” entertainment industry. Maybe it’s still in lockdown.

But on a personal level, many of us still have a wry and self-deprecating way of looking at life. It is seen as distinctly British and a characteristic that entertains and amuses those outside the country. Shows such as Fawlty Towers and Monty Python come to mind. I remember someone from overseas telling me they’d come to Britain purely on the basis of seeing Monty Python. I hope the reality wasn't too disappointing.

For the most part, we remain a tolerant and kind society. Some of our European neighbours have been showing their displeasure at their lockdown with increasing protests and resistance. We seem to have stayed put. Some have argued we are being too easily led in our acceptance of our leaders’ decrees; others would say we have to obey for the common good. Whichever side we take, most of us are abiding by the law very possibly with an emotional and financial cost to ourselves. I sense a spirit of generosity in this that’s a real positive.

Our blogger from across the pond tells how s/he became emotional when going to ER (A&E to us) because the free NHS treatment wouldn’t lead to debt. The blogger also says how the British don’t like excess emotions because it makes them embarrassed. That strikes a chord. Perhaps it’s the “stiff upper lip” encouragement of the past (fortunately, trembling a little more nowadays) but, on the positive side, it’s also a way of remaining modest or not blowing our own trumpet. A characteristic of reserve. I like that. Praise is great but it's better when it comes from someone else. It's not the same when you're having to build yourself up to try and persuade someone that you're the best. Particularly when it doesn't come naturally. 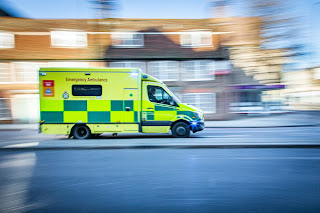 What really touched me about the social media post was it seemed to be so different from how I’m being led to believe Britain is. Social media - the angry, aggressive type - tells me we live in an unjust, unfair world and we’re completely wrong most, if not all, of the time.

Life is certainly not fair and the world should be a much more equal place. But all these social media posters seem to be in such a perpetual rage. It must be exhausting and it is most definitely not good for their mental health.

Just as I’m about to despair, along comes someone completely unknown who says generous and complimentary words about the country in which I live. How ironic that it takes someone from outside this small island to tell me how lucky I am to be here, even now when I’m confined to my home.

Chimichanga007 ends the post, saying: “I miss you UK and I am coming back when this is all over! I know EU gives you sh** but you're my happy place and have a lot of compassion in your society!”

Fancy a person considering the UK as their “happy place”. It's hard to say better than that.