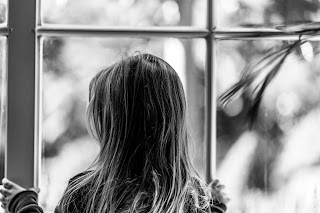 How are you feeling about facing a new lockdown? It seems as though we might be heading that way even if we're still at the "bespoke" stage.

Personally, I’m concerned. As a counsellor and, I hope, a caring member of society, I am worried about what emotional damage another lockdown would do to us. Will it really save us from this pernicious virus? Is it even right?

We are living in traumatic times. Babette Rothschild’s definitive book: The Body Remembers tells us that experiences of trauma can remain as a body memory long after the reality has faded. My fear is that those in charge have not given much thought how this trauma may affect its citizens of the future.

For almost two years, I have been a devoted carer to a small child. I visited once a week as a family member until she was nine months old and then took over her care for two full days a week while her parents worked.

The arrangement came to an end in December of last year (to the relief of my body, at least) when she went to nursery full-time but I still collected and delivered and she came to my house so the steady, loving relationship continued.

Until March 23 of this year and lockdown when the relationship was abruptly severed and FaceTime became the “new norm”, a far-from-normal two-dimensional substitute.

She was puzzled; I was upset but we persevered. She enjoyed pressing the red button at the end and was fairly overanxious to use it. She wasn’t speaking so we were limited to my chatting and waving and her waving hesitantly back until she became distracted elsewhere. It was unsatisfying but better than nothing. This went on for five weeks. 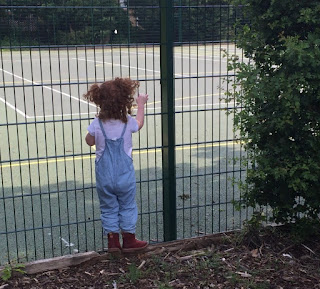 Then came Barnard Castle and the trip by the elusive Dominic Cummings when everything changed. I decided, like many others, if he could interpret the rules in his favour, so could I. The child's father finally agreed that I could come and see her and take her for a walk as long as we were outside the house. That was okay by me. It was Spring and I could do with the exercise. It was agreed I would do that twice a week.

Now for the interesting part.

I drove over, parked the car outside the house and dropped off two bags of flour (remember the days when everyone was trying to bake and there was no flour around? I found a secret supplier) and went to drive off to park the car round the corner. By chance, I looked up and there was my little girl standing at her bedroom window looking out at me with a slightly puzzled gaze. She put her lovely chubby hand towards the window and hesitantly waved. I waved back with greater enthusiasm and then opened the door to get into the car. She continued to wave and then started to blow kisses. I drove off.

Some minutes later, I saw her in her full three-dimensional glory before she saw me. She was in her pushchair happily babbling to her father without a care in the world.

Her father stopped walking and she looked around with some surprise. Then she saw me and there was a slow dawning recognition as she gave a joyful gasp. This little person who is usually quite reserved and, at that time, hard to coax a smile from, was so overjoyed at our reunion that she tried to scramble out of the buggy and fling her arms round my neck. It was a wonderful moment for both of us.

Her father left us (socially distanced at all times) and we reverted to our easy one-to-one relationship. When it was time to go, her father met us and walked back with me to my car. As I said goodbye, she began screaming and tried again to get out of the buggy. I was distraught, too, but kept my screaming to myself. 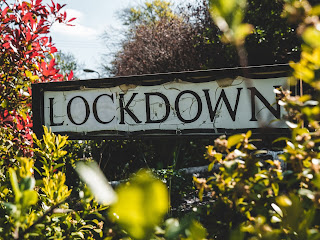 This pattern continued for some weeks and there were difficulties, though not with me. She was desperate for the swings, saying: "Peeese" in the hope that, if she asked nicely enough, I'd open the gate. I explained but she didn't understand of course. When the gate was officially opened, she was hesitant, holding back, uncertain about other children and the greater expanse of play area.

We settled down and, later, I was “allowed” inside the house because restrictions had been lifted and the social bubble extended. (As I write this, I am astonished that phrases such as social distancing and social bubbles seem so ordinary. However did that happen?). The baby and I resume our relationship and I go over at least once a week to help out.

If the lockdown is tightened, I will still be all right, as will she. I have “carer” status so there will be no more exclusions for me. But what about everyone else. How will they - you - and your loved ones fare?

FaceTime, Zoom and other computer meet-ups can be useful and are good at times of need. But nothing beats real human contact. Three-dimensional life matters.

By: Lulu Sinclair
Photo 1 by Rod Long on Unsplash

Photo 3 by Ben Garratt on Unsplash