In Defence of the Millennials 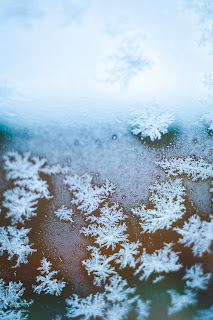 I’ve been reading a number of articles over the past few months about the “snowflake” generation, the original term for the millennials.

The name was cleverly created by advertising folk to target people in the age range of 22 and 37 and, from that comparatively loose term, comes Generation Snowflake and the later-born Generation Z.

Both these groups are described as “being more prone to taking offence and having less psychological resilience than previous generations, or as being too emotionally vulnerable to cope with views that challenge their own”.

From what I read - rows over university debates, "safe" spaces, climate change, veganism, you name it, they had a strong view on it - the "snowflakes" appeared to be young people who were very careful to want recognition of their own feelings and needs but would truck no argument about anything or anyone who disagreed with them.

Most of the articles* I’d seen were critical of the group as a whole and that for a start seemed odd. How can you generalise about a generation of young men and women and treat them as if they were all the same? Isn’t that disrespectful? Maybe it was time to look at issues from their point of view and to consider the views of the “other” and reflect on them in a different, non-judgmental way.

So, considering for myself, I’ve been wondering what’s wrong with being a snowflake? Don’t we love the original snowflake, with each one that falls having an original unique design that will never be replicated? Isn’t that a wonderful analogy of a person? And if a new generation is aspiring to living a life that allows the “uniqueness of the individual”, why are we not applauding and backing them? Why are some of us sighing, pulling faces and trying to absorb them into our way of life, rather than thinking about their desires instead?

It seems to me that we in Britain have been forced into the “one-size fits all” box of industrialisation and we have forgotten what it’s like to be individuals. Our society requires parents to go out to work to pay huge mortgages, bills, holidays and whatever else is required for us in a capitalist society, and that means many children are being institutionalised at a very early age. There are nurseries taking babies from the age of three months. In some society, the idea of removing an infant of that age from the care of its mother would be seen as cruel.

I'm beginning to believe it’s hard being a millennial. There’s little job stability - that gigging economy causes more stress than you know - and, if they’ve been to university, a lot of debt to pay back. Rent is hugely expensive and mortgages prohibitive so how you they get on the first rung of any ladder without outside help? Maybe the “bleating” that we older adults hear, has a point. Maybe it would be better for us as a society if we were more emotionally attuned to the individual and his or her needs, than we are at present.

And perhaps, if we disagree with some of their views – I’m in favour of arguing a case, rather than banning my opponent for example – we should try to convince them that there is sometimes a case for reason over emotion or a way to incorporate the two. They, in turn, could teach us about being a little more compassionate.

It would be good if cross-generation conversation could be encouraged so that we gain from the wisdom of all; currently, my readings leave me feeling there’s a desire to create hostility between the age ranges, perhaps to stop us blaming our leaders for the mess in which society seems to be right now.

One of the first millennials I came across described himself as a teenager as a “post-modernist child”. I asked for the definition and he said: “I’ve seen my parents work very, very hard and not get the rewards they deserved and I’m not going to do the same. That makes me post-modernist.”

The young man rowed back on that a little as he “matured”, but I still admire the original thought.

I’m going to end this piece with a story about another then 22-year-old millennial working as a journalist who was offered a full-time job – they are very hard to come by – with a top media organisation. He turned it down. I asked him why and he said: “Because I didn’t like the way they treated their older workforce.”

How kind was that? A young man at the start of his career choosing to put his core beliefs ahead of his own personal ambition.

* A point to be aware of is that newspaper feature articles are often put out there to be controversial and to bring a response from their readership which will vary depending on their audience. So, for example, a left-leaning newspaper  may be more sympathetic to the “snowflake” point of view, whereas the editor with a more right-wing stance may feel his readership would want him to take a more robust approach.

Photo by Rob Sarmiento on Unsplash