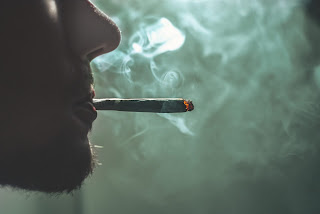 With the appalling increase in incidents of knife crime in the UK in recent years, attention has again been turned on to the efficacy of drug laws, and the need to enforce a more punitive system for the possession and use of illegal drugs.

There has also been more focus on the incidences of cannabis-induced psychosis and fatalities from the use of the “party drug” ketamine.

While the “Just Say No” campaign is now recognised to have failed dismally, (whether applied to drugs or sexual activity), it has left a residual climate of fear that has prompted the public and politicians to campaign to remove the threat posed by the consumption of drugs by prohibition, rather than by focusing on eradicating the extremely lucrative circulation of drugs by dealers whose trade depends largely on drugs being illegal.

In recent research by Professor David Nutt, it was revealed that the categorisation of drugs (A-C) did not accurately correlate with the incidents of actual harm these drugs caused and, in fact, by far the most dangerous drug in circulation - both to the consumers themselves and to others - is the legal drug of alcohol.

The stigma attached to illegal drugs is therefore disproportionate to the real damage caused by them and has created a fear-based response that is not only counterproductive in reducing consumption (prohibition was shown to increase alcohol dependency when applied in the US) but risks actually increasing violence as it actively plays into the hands of the drug cartels.

The majority of the violence caused by drugs, is not in their consumption but in the safeguarding of the “patches” where they are sold.

It is here that gangs are formed to protect lucrative deals and expanding these patches now involves the coercion of young children through the notorious “county lines”.

It also leads to the contamination of drugs because they are cut with cheaper or more potent substances to make them go further and therefore increase profit margins.

When America banned alcohol, the result was that more people became addicted to whisky than other drinks. The reason for this was because it was stronger in alcohol content than, say, beer so it was easier for dealers to transport, because smaller quantities were needed to create the same effect.
I am not in any way advocating the use of hard drugs or, indeed, the uninformed consumption of any drug (including prescription drugs which, it is now suggested, should carry a health warning) but suggesting funds should  instead be directed towards education and the management of access to drugs that can control both the quality and the quantity of drugs available, and offer appropriate support to those whose develop a dependency.

This approach is already showing positive results at the Jobcentre Plus, in the London borough of Peckham where young people involved in the drugs trade are being coached and helped with housing and education in order to find work and become self-supporting.

Just as not everyone who has a drink becomes an alcoholic, many drug users do not become addicted and will choose give up of their own accord when their circumstances change.

It is now widely accepted that the dependency on drugs, as on any other addictive substance or behaviour, is more to do with the vulnerability of the person concerned than the substance or behaviour itself.Therefore, if we can work therapeutically with those who are susceptible, there is a greater chance that consumption will be reduced.

It has been observed that in countries where drugs have been legalised there has been a significant drop in violent crime, and many more people - as in Peckham - have been willing to work towards making better choices for themselves.

It is true to say that, since the beginning of time, man has felt the need at times to mood alter and the more deprived or disconnected the person, the more vulnerable they will be to these temptations.

It is therefore likely that the poorer and more disaffected members of  society, (and this will, inevitably, include ethnic minorities), will be more likely to accept a “bribe” of cash or the promise of designer trainers, to escape the deprivation and hopelessness of their environment - and this results in further alienation and rejection.

By this process, we are creating a sub-sector of society and then ostracising that sector for not fitting in.

However, if we can accept that these people are desperate and deprived - rather than inherently violent and hostile - and work with them through support and education, maybe even with legally controlled provision of drugs where needed, we will begin to eradicate the worldwide violence that is endemic within the drug trade and, perhaps, start to make our streets safer places again.

Photo by GRAS GRÜN on Unsplash