Of mice and men (and empathy) 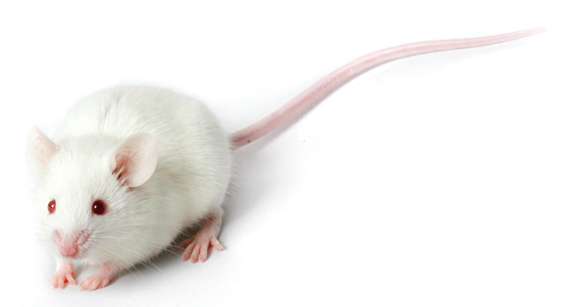 Anyone who has trained in counselling knows that empathy is one of the most basic tenets of the therapeutic relationship. Psychologist Carl Rogers identified empathy and two other principles, congruence and unconditional positive regard, as the three essential pillars of his client-centred approach to psychotherapy.

Empathy has recently been enjoying a relative resurgence of interest among researchers and clinicians, owing to its known relationship with disorders such as autism and those on the psychopathic spectrum.

A new study published this week in the journal Current Biology digs down deeper into the conditions under which empathy arises and reveals some interesting findings about the role of 'strangers'.

Student participants were asked to immerse one arm in ice cold water and rate their level of discomfort. These scores remained exactly the same when the task was performed sitting opposite a stranger who was also performing the task. However, when sitting opposite a friend, participants' pain ratings increased, suggesting that familiarity was having a bearing on the results. One of the authors commented:


"It would seem like more pain in the presence of a friend would be bad news, but it's in fact a sign of a strong bond of empathy between individuals - they are indeed feeling each others' pain."

Going back to the study at hand, to test the validity of the initial findings, student participants were then paired up with strangers and given the opportunity to play a video game together in advance of the ice water pain stimulus. After just 15 minutes of playing together, the strangers demonstrated empathy towards each other when subjected to the original stimulus.

Aside from the fascinating observation that empathy appears to operate in the same way in both mice and men, this study makes for very interesting psychosocial speculation.

Knowing that the inability to feel empathy is linked to various psychological disorders, we can ask the question: could such findings be used to treat these (often intractable) conditions? Could stimulating friendships and social interaction (in autism, for example) be used as a formal treatment or as part of a treatment approach? Is it even possible to stimulate friendship or must therapeutically valuable friendships arise organically?

At the societal level, does the melting pot of strangers created by open border policy have a dumbing down effect on our collective capacity for empathy? If so (and common sense, if nothing else, tells you there must be something to this), how do we reach out to others and form bonds of friendship in ways that increase our empathy?

Ah, so many questions, so little time. Perhaps you have experience of working with cultivating empathy, either in the one-to-one clinical environment or in the group setting. As ever, we'd welcome your feedback.

Email ThisBlogThis!Share to TwitterShare to FacebookShare to Pinterest
Labels: Empathy