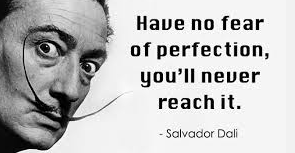 As we've reported previously, suicide is a problem in our modern world (you can read more about it here). In 2012, the average suicide rate in the UK was around 12 per 100,000 of population, with the highest rate among men between ages 40 and 44. The US Center for Disease Control and prevention put the global suicide toll for 2012 at approximately one million. That's one million too many.

A new article entitled 'The destructiveness of perfectionism revisited: implications for the assessment of suicide risk and the prevention of suicide', published in the American Psychological Association journal Review of General Psychology, suggests that there is a very real relationship between suicide and perfectionism, and that perfectionism should be seriously considered during suicide risk assessments.

Other themes explored in the paper include suicidal ideation linked to chronic exposure to external pressures (i.e. socially prescribed perfectionism); the role of perfectionism in self-presentation and self-concealment; and how perfectionism, by its nature, supports 'successful' suicide attempts.


"Perfectionistic people typically believe that they can never be good enough, that mistakes are signs of personal flaws, and that the only route to acceptability as a person is to be perfect"

This is clearly distorted thinking, underpinned by pride. Perfectionism asserts that total virtue is possible and that if one falls short of it, it must be down to one's own weakness - and weakness is not allowed. Perfectionism asserts a superhuman model of human nature and denies the reality that we are subordinate (or powerless, to use 12-step recovery parlance) to our innate shortcomings.

Challenging perfectionism requires the development of a right-sized understanding of our 'brokenness' as fallible beings and a commensurate right-sizing of expectations of ourselves in this realistic light.

When children are raised in homes in which there is lack of tolerance for what are perceived to be less advantageous traits (i.e. 'imperfections' in the eyes of caregivers), the result can be adults who believe themselves to be either worthless or superhuman - depending on how well they've fulfilled the performance demands placed upon them.

But when they are nurtured with acceptance of their natural aptitudes and the understanding that it's OK to fail, they develop a realistic sense of their capabilities, and humility, rather than toxic self-approbation, in the face of defeat.

Paradoxically, it is in acknowledgement of our weakness that we find our strength, as the wisdom of the ages tells us.

For as long as such an illusion prevails, there will be those who simply cannot tolerate the truth about their own humanity. Believing 'it's all about them', they will exercise the most tragic of all acts of perfectionism - to purge the world of what they see as being unacceptably imperfect.

We need them to understand the gifts that come with owning up to imperfection - and that it's the only possible way to grow in wisdom and virtue.