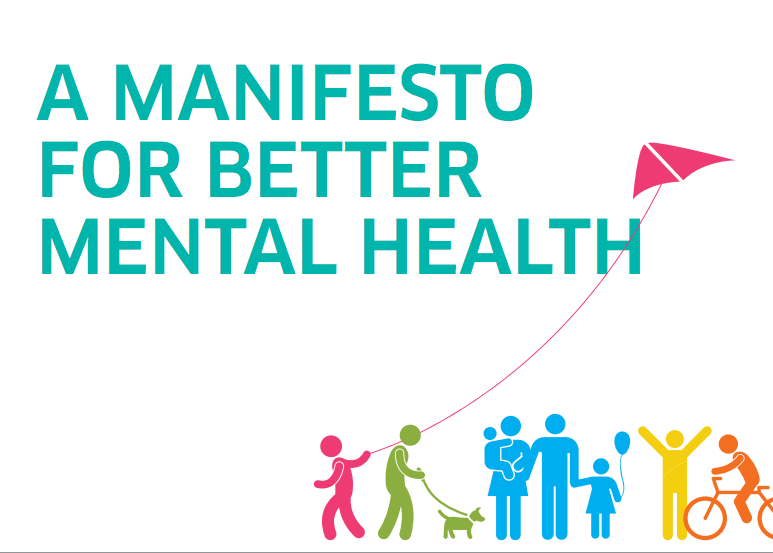 The paper has been written in advance of next year's general election, in an effort to set out what the next government must do, in the eyes of these thinkers, to improve the lives of people in the United Kingdom labouring under the burden of mental ill health.

Mental health problems, according to the report, carry an economic and social cost of £105 billion annually. They account for almost 25% of the total disease burden - a staggering assertion - while the mental health sector receives only 13% of the NHS budget. Depression and anxiety now exist in what might be considered epidemic proportions - and that's not counting the morbidity that goes unreported. Oh yes, there is a problem.

So, what does the manifesto set out as its desired priorities for government action, be it a coalition or alternative shade of government post-May 2015?

1. More funding - no surprises here, then. A commitment to 'real terms' increases in line with the scale of the problem.

2. Give children a good start in life - by means of providing mental health support before, during and after pregnancy, putting mental health on the national curriculum and running parenting programmes across England.

4. Improve the lives of people with mental health problems - by supporting anti-stigma campaigns and offering employment support for people who are out of work.

No-one could argue with the first point, though from whence the funds should hail is yet another conundrum. On the second point, on the positive side, at least we see a recognition that mental health outcomes do, indeed, depend upon what happens in the early years, but do we seriously believe that making mental health a subject for academic study - for children - will make any difference?

Then, try for the life of me, I cannot see how helping someone with depression or schizophrenia stop smoking will significantly improve their situation - if my car isn't running, mending a nick in the upholstery is unlikely to greatly advance my cause.

While it's important to sound the clarion call for the government, whichever government, to wake up to the scale of the mental health epidemic, the question is, do these measures get to the root of what's really going on? If they were implemented tomorrow, never mind next May, would they spearhead a reversal in the current worrying trend?

Six mental health authorities solemnly believe this to be the case, but what are your thoughts? Which action points would your manifesto contain? Can we come up with some viable alternatives? Please join in the conversation.

Email ThisBlogThis!Share to TwitterShare to FacebookShare to Pinterest
Labels: A manifesto for better mental health