Don't lose sleep over this... 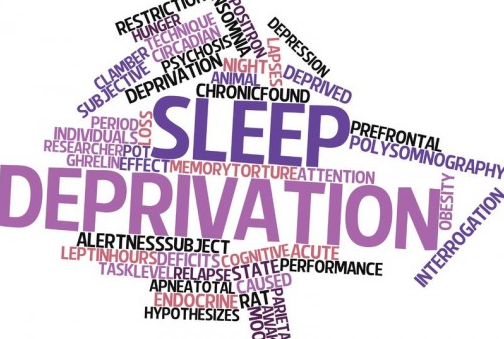 Having recently shared a twin room with a heavy snorer, I can tell you a thing or two about sleep deprivation. I lasted a total of three nights and, had I sustained the remaining four for which we were booked, I'm convinced I would have gone mad (I paid the extra for a single room).

A new study suggests I'm not far wrong on this -  researchers from the University of Bonn and King's College London have shown that just 24 hours of sleep deprivation can lead to symptoms of schizophrenia (I would have upgraded sooner, had I known).

Twenty-four healthy volunteers aged between 18 and 40 were trialled in the sleep laboratory, in an initial run being allowed to sleep, normally, overnight. A week later, they were kept awake all night, with conversation, games, movies and walks. They were also exposed to a measurement known as 'pre-pulse inhibition' in which a startle response was elicited through headphones as part of the protocol. The following morning, on both occasions, they were asked to record their thoughts and feelings, using a questionnaire format.

After sleep deprivation, there were pronounced attention deficits, as can occur in the case of schizophrenia. The subjects were found to be more sensitive to light, colour and brightness and their sense of smell was altered. They also reported distortions in their perception of time and many had the impression of being able to read others' minds. Professor Ettinger, a psychologist from the University of Bonn, said the team had not expected that symptoms could be so pronounced after one night spent awake.

I can. And I'm relieved to know that sleep deprivation, though apparently inducing schizophrenia-like symptoms is not harmful; the symptoms rapidly disappear after a solid night's sleep. The researchers wonder whether the symptoms might become gradually weaker as one acclimatises to sleep deprivation. Bags not participating in any of their follow-up work!