The spirit of our times 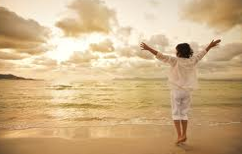 How many people do you know who claim to be 'spiritual but not religious'? Anecdotally at least, it would seem this category accounts for an increasing proportion among our number, with membership derived from those who formerly belonged to (or at least whose families formerly belonged to) religious denominations.

I recently came across a fascinating piece of research, entitled 'Religion, spirituality and mental health: results from a national study of English households', conducted by Michael King and his colleagues at the University College London Medical School, the aim of which was to examine associations between a spiritual or religious understanding of life and psychiatric symptoms and diagnoses.

Data was analysed from interviews with 7,403 individuals who participated in the third National Psychiatric Morbidity Study in England, and were questioned about their spiritual beliefs, religious affiliations and mental state.

Remarkably, members of this latter group, the 'spiritual but not religious', were 77% more likely than all other participants to be dependent on drugs, 72% more likely to suffer from a phobia and 50% more likely to have generalised anxiety disorder. They were also 40% more likely to be taking psychotropic drugs and at a 37% higher risk of neurotic disorder.

Those in the 'religious' group were similar to those with no religion and no spirituality in terms of prevalence of mental disorders, but those who were religious were less likely to have ever used drugs or to be hazardous drinkers.

What does all this tell us? In the Christian understanding, at least, we are warned of the dangers of being so-called 'lukewarm' in our faith - with just cause it would appear - consider Matthew 12:30 'Whoever is not with me is against me and whoever does not gather with me scatters' or Revelation 3:15-16 'Because you are lukewarm I will spit you out of my mouth'. In other words, fence-sitting is not an option - or rather, it is, but it comes at a price. Mental ill health, if the results of this study are to be believed.

The authors conclude starkly "People who have a spiritual understanding of life in the absence of a religious framework are vulnerable to mental disorder." So sayeth the bible and so sayeth the secular scientists. Where do you sit?

Email ThisBlogThis!Share to TwitterShare to FacebookShare to Pinterest
Labels: spirituality and mental health