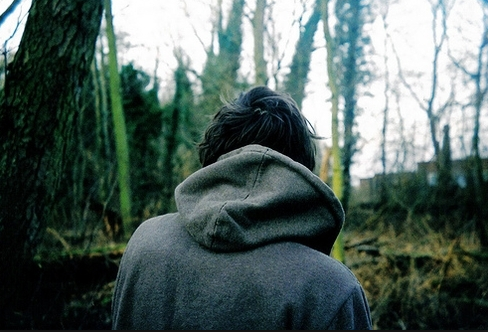 It probably comes as no surprise, just from looking within our own circles of acquaintance, that depression and anxiety among our young is on the increase.

According to the Centers for Disease Control in the States, 81% of deaths from suicide between the ages of 10 and 24 occur in males - that might be America, but like any good, virulent strain of flu we, in the UK, seem to catch whatever they do. Research from The Nuffield Foundation confirms this trend and cites changes in employment patterns and family life over the last several decades as possible contributing causes.

Recent findings by Professor Ian Goodyer and his team in the Department of Psychiatry at the University of Cambridge suggest that predicting the likelihood of clinical depression among teenage boys, at least, may become a reality in the near future.

The protocol entailed collecting saliva from hundreds of teenage boys and girls who were concurrently asked to self-report any symptoms of depression. The saliva samples were then measured for cortisol, a hormone released by the adrenals in response to stress. The cohort was then divided into four groups based on cortisol levels and depressive symptoms, and followed up for between 12 and 36 months.

Girls who started out with high cortisol levels and depressive symptoms were found to be four times more likely to develop clinical depression than those starting out with no symptoms and low cortisol levels (an interesting enough finding). Boys with elevated cortisol and depressive symptoms, however, were found to be fourteen times more likely to progress on to developing clinical depression than those with low cortisol titres and no symptoms.

Two obvious implications arise:
1. It would appear that gender difference does have a role to play in the evolution of clinical depression
2. Cortisol may be a reliable biomarker, which could be used to identify those at risk of developing clinical depression, especially among teenage boys

The work also raises the question of how cortisol might be contributing to the development and maintenance of depression and whether it may even be considered as a target for treatment.

This is useful research and let's hope it leads to early identification and prevention of depression in vulnerable young men. But let's not forget, for one minute, the need to address the social, environmental and many other complex factors in the aetiology of depression.