When Living The High Life Gets You Down 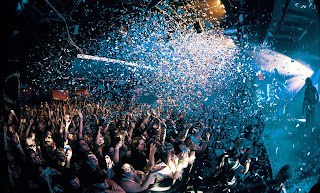 The conviction of Anna Sorokin, the woman who conned New York’s high society into believing she was a German heiress, is a great story. If you’re a journalist, that is, rather than a psychotherapist or counsellor. In which case, it’s a very, very sad story.

Anna Sorokin – who went by the name of Anna Delvey – now faces up to 15 years in prison. She’s in her mid-20s and, if sentenced to the maximum term, the former lorry driver’s daughter will be saying goodbye to the remainder of her youth and, arguably, the best time of her life.

During the course of her New York trial, we learned that Anna invented herself through social media and amassed tens – if not hundreds – of thousands of dollars’ worth of debt in pursuit of her life of luxury. She was seen at the best parties; visiting the best places and having the best of times. And we know she was doing this because it was all fully documented via social media.

Except, while the events she attended were real, the person wasn’t. She was made up. And the money she spent was not her money; it belonged to others.

So how did this happen? What sort of person is prepared to risk their liberty by living a lie “in plain sight”? What may be going on inside to feel the need to go to such lengths to be “out there” to be visible.

Anna, who was born in Russia and went to live in Germany from the age of 16, seems to have had a lot of nerve. She arrived in New York determined to live the dream and, as her defence lawyer explained: “Anna had to fake it until she could make it.”

I understand lawyers have to work with what they’ve got but I’m astonished at that defence and, in a way, that it’s no longer so astonishing. It’s almost looked on as an admirable quality, rather than one of which to be a little ashamed.

Was Anna not simply doing what everyone else would have done if they could? Was she narcissistic with a sense of entitlement or was she delusional? Or was it none of the above, just a determination to be at the top of the capitalistic tree, where so many other people seemed to be having a good time. Could it be that our western society is collectively looking for a quick fix?

In the comparatively few years since it started up, social media seems to have morphed from being a great way of connecting with people to something rather more insidious. People’s posts on Facebook are not inclined to suggest life isn’t that great - quite the opposite - and it’s almost as though someone’s living a parallel life. One exciting and vibrant on-screen while, off-air, life’s so much more mundane.

And, if observing your Facebook friends having so much more fun than you is not enough to make you feel a bit low, log on to Instagram where you’ll find even more to envy at just the swipe of the screen. Parties, pools, yachts, jewellery and glamour, glamour, glamour – it’s all there.

No wonder Anna came up with her plan. And she’s not the only one. If you haven’t seen the Netflix documentary on the Fyre Festival that never was, I urge you to watch it. It’s a tale of how hundreds of young music-loving adults people were fooled into handing over great sums of cash for the experience of a lifetime that didn’t happen. Even those people who were unknowingly involved in setting up the “experience” were duped into believing it was possible. Unbelievable, and yet so believable at the time of happening.

What social media – with “old school” media playing catch up via digital means – has done brilliantly is tapped into our natural fear of missing out. Facebook and Instagram (other social platforms are available…) show the “other” doing something far more exciting than we are and, if we don’t take up the invitation, we’ll be missing out. We experienced it as children and were taught – either through good-enough parents or learning our own lessons – that it was not always so. Nowadays, we are being bombarded with images that tell us it WAS always so and if we’re not in, we are so definitely out, out, out.

It’s quite heartening, in a strange way, to discover we are not the “cool” and cynical people we imagine ourselves to be and we are capable of succumbing to our childhood state in which we accept unquestioningly.

Encouragingly, this herd mentality aspect of social media is now being questioned, with Danish psychologist Svend Brinkmann in his book, The Joy of Missing Out, encouraging people to disengage and live a more "moderate" life.

Anna’s story is not new. People have conned – and been conned – throughout history. But the scam has usually only become known to a limited number of people.

However, with the every-day prevalence of social media, what makes this so extraordinary is that you and your activities become known to millions. And, because of the huge influence (“influencers” is the term given to those people who make a living from their glamorous online postings) that social media has on our every day life, maybe it’s time we wised up.

I once saw a keyring that said: “I’m not easy but I can tricked”. It made me smile. Maybe now's the time for a little less laughter and a bit more healthy scepticism.

Email ThisBlogThis!Share to TwitterShare to FacebookShare to Pinterest
Labels: anxiety, fear of missing out, herd mentality, joy of missing out, narcissism, Social media