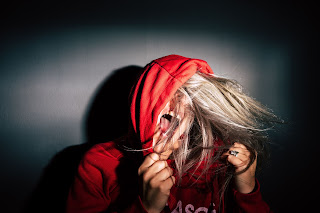 How would you feel if someone in a position to know told you that you were “emotionally unstable” or diagnosed you with a “borderline personality disorder (BPD)”?

The first diagnosis might bring on a feeling of indignation … “How dare you! Who are you to judge me so?” while the second - if you’ve heard of it - might be a sense of relief. “Phew, just borderline. That’s all right then.”

Whichever reaction you had, you might be surprised to know that both diagnoses mean one and the same thing.

Emotional instability is a diagnostic term used by European/British clinicians, referring to the World Health Organisation's health classification list, while the more medical-sounding term BPD is given by the DSM, a US manual used by psychiatrists around the world as the standard for mental health diagnoses.

To understand what it is you would have to live with regardless of its name, I’m going to quote the DSM again.

The impulsive behaviour category includes risk-taking such as casual sex, binge drink and drug abuse, a tendency to self-harm on a regular basis, all of which tends to bring on a chaotic pattern of behaviour. That, in turn, makes what is already a hard life, seem even harder to live. Sometimes, they cannot bear to continue.

Soon after qualifying, I attended a course on BPD and thought I recognised a lot of the signs in me. I stuck my hand up (old habits die hard!) and said: “I’ve got it!” The psychiatrist laughed and said most people learning about the disorder thought they had at least some of it. It was unlikely.

After that, I began looking into the subject with interest and have subsequently discovered I still seem to be one of the few interested in it, rather than the many.

BPD is a difficult diagnosis. It seems to evoke some kind of dread in the medical world because there is no “cure”. Unlike other mental health issues, there is no evidence of any medication having a significant effect.

If, as a professional, a person feels despairing at the thought of being unable to find a way through a client’s discomfort, imagine how the client feels, being told nothing can be done. In a world where we’re told that everything can be achieved, being unable to “improve” something as fundamental as “oneself” is unimaginable.

To be fair to the medical/therapeutic community, working with people with BPD is not easy. Therapy works best when there is a good relationship between client and therapist and a BPD client can be challenging.

S/he - it affects more women than men - can be easily triggered, quick to imagine an unintended slight or to misinterpret what has been said to them. Their mood in a session can be highly changeable, making it is easy for the therapist to feel off-balance. This is not the BPD client’s fault.

The disorder has developed out of a difficult or traumatic time in childhood, as a result of insecure (disordered) attachment and a BPD client may have retained those strong child-like tendencies of emotional extremes They love quickly with deep passion and can hate, discard and leave with that same passion. You can be their best friend or their worst enemy within a very short time. If it is wearing for the counsellor, imagine how tiring it must be for the client. What is charming in a child is unnerving in an adult.

Now, hopefully, change may be coming. For the first time ever, the Royal College of Psychiatrists has issued its own statement about BPD, saying: “The myth that people with personality disorder cannot be treated is damaging and untrue.” The college is calling for more training in the assessment and diagnosis of personality disorder. It also wants a better deal for sufferers, including access to mainstream services which are currently not available.

While there may not be an actual cure, people with BPD can learn skills to enable them to manage their life in what they might find to be a less tempestuous way.  There is dialectical behaviour therapy, developed by Marsha Linehan, herself a BDP sufferer and, more recently, mentalisation-based therapy, with both therapies aiming to help the client live in a healthier way mentally than they have managed to so far.

I was reminded of BPD last month when I read of the sad death of Caroline Flack. It was a tragic story. I later read a question on a public site, referring to her and, in the same post, asking about BDP. No-one can answer that.

It’s popular at present to talk about avoiding diagnosis and concentrating only on the patient/client as an individual, not as a collection of symptoms. I understand the compassion behind that line of thought.

However, I wonder how it would be if a person displaying many of the symptoms of a potentially life-threatening disorder presented themselves to a professional and was alerted to what might be going on within their inner world.

It could be a life-saving moment.