Blind in the Mind 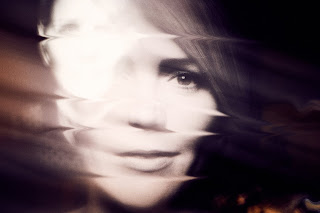 After more than 25 years of practice as a therapist, it was a surprise to be presented with a condition that I had not only not encountered before, but had not even heard of!  It transpires that Aphantasia, although first observed in 1880 by Francis Galton, was only officially identified and named in 2015, by Professor Adam Zeman, of Exeter University, since when there has been little further research.
Aphantasia, so called to describe the absence of fantasy, is a condition which deprives the sufferer from visual memory, although there is a spectrum of how severely this mind blindness affects the ability to visualise, some people being able to dream in pictures, whereas for others their only recall is by creating a narrative.

It is also very difficult to assess how many people suffer from this disorder as most are unaware of what they are not able to access and in fact, seem quite surprised to learn that others have this ability.  There is therefore not necessarily a strong sense of loss, and in my client`s case, the only real regret he seemed to have was not being able to visualise the faces of close friends and family when he wasn`t with them.  On being asked whether photos helped this process, he replied that photography was not often used by other aphantasiacs that he knew - an observation that he himself thought was strange!
My client, whom I shall refer to as AF for purposes of this blog, did not come to therapy because of his aphantasia, but because he had felt depressed and anxious most of his adult life and recognised that medicating this with alcohol was causing him further problems.

My approach to therapy is based on an integrative model which includes family of origin influences and dynamics.  I soon found myself limited in this approach as AF's recall of his childhood was very fragmented and even when he did remember an incident he could not access any feelings that he might have had at the time and could only reflect on the event from the perspective of his adult mind.

This was illustrated when he showed me a (rare) photo of himself with his mother and was able to remember where it was taken but had no recollection of how he felt at that time although he was able to acknowledge that it gave him pleasure in the here and now.

I felt it important to share with him that not being able to access childhood feelings made a considerable difference to how I could approach the therapy and that this would also be new territory for me, and he has been very positive over the process of how we can explore this together.

AF has expressed his complete support for his case to be placed in the public domain as he would like the condition to receive exposure in the hope of gaining more information and enlightenment.


I would therefore be very interested to hear from anyone who has any personal experience of this condition or who may know of someone who has.  There are Friendship Groups on social media and a few blogs, but these are mostly in the US and do not seem to have led to any significant increase in the understanding of this unusual condition.
Written by Sue Sutcliffe

Photo by Darius Bashar on Unsplash