How to spot a psychopath 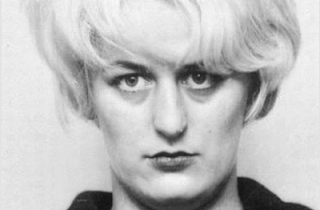 Most people, if you ask them, will tell you that a psychopath is someone at the extreme end of the mental health spectrum. Which is true, but we tend to assume they are easily identifiable by the crimes they commit (most notoriously, murder).

Many who commit murder are indeed psychopathic, but the number of people who express superficial charm, lie, lack empathy and feel emotion only at surface level (thereby placing them on the diagnostic spectrum) may be greater than you think.

Professor Robert Hare, a Canadian criminal psychologist and the creator of a psychological assessment used to diagnose psychopathy, is one man who probably understands better than most the nature and true incidence of the disorder at large. He has studied and worked with psychopaths, in prisons and elsewhere, over a long career. He says of his experience:


"It stuns me, as much as it did when I started 40 years ago, that it is possible to have people who are so emotionally disconnected that they can function as if other people are objects to be manipulated and destroyed without any concern.”

Hare's test covers 20 criteria, each of which is given a score of 0 (psychopathy absent), 1 (psychopathy partially present) or 2 (psychopathy fully present). Scores over 30 represent 'red alert' and anything under 5 'breathe a sigh of relief'. They are, in no particular order:

Recognise anyone you know?

Hare has been quoted as saying that 1% of the general population can be categorised as psychopathic and that prevalence in the financial services is 10%. While this latter figure has been disputed (and it would be, wouldn't it, given that the financial services run the media) the good professor may not be too far off the mark. Personally, I think it sounds a bit low.

We shouldn't be so surprised. Troubling research reported by Forbes showed that 3% of those assessed on a management development programme scored highly for psychopathy - well above the number for the general population. Prison populations weigh in at 15%.

Practically, it's worth remembering the reality and the scale of the problem, for those (hopefully) rare occasions when we ask of ourselves 'is it me who's gone mad or X?'

For more insight on the subject, with specific reference to the workplace, check out 'Snakes in suits: when psychopaths go to work', published in 2006 by Paul Babiak and Robert Hare.