Are you anxious to make a decision? 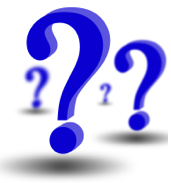 How many of us can genuinely say we find decision-making easy? Sure, when the question is tea or coffee, spots or stripes, wine or mineral water, it's no big deal. But what about when the stakes are higher, like 'should I take that job that pays less but is less stressful' or 'should we leave our friends and move to a new area for a better quality of life'?

MIT researchers have identified a neural circuit that seems to underlie decision-making in situations which combine this positive-negative element, otherwise known as approach-avoidance conflict.

Striosomes are clusters of cells found in the striatum of the brain, a region thought to be involved with anxiety. The researchers tested the hypothesis that these cells are also involved with approach-avoidance decision-making by studying mice.

The mice were placed in a maze and compelled to choose between either strong chocolate and bright light or weaker chocolate and dimmer light. Mice like chocolate and do not like bright light (not so silly) and so the first option was deemed to be 'high cost, high reward' and the second 'low cost, low reward'. Using a technique called optogenetics the researchers were also able to turn cortical input to striosomes on or off.

When the striosome circuit was switched off, the mice began choosing the 'high cost, high reward' option as much as 20% more often than when it was switched on. This suggests that the striosomes may be acting as gatekeepers that limit anxiety, thereby helping in the formation of a decision.

It is hoped that these findings will ultimately help researchers identify new ways to treat psychiatric disorders that often feature anxiety and impaired decision making, such as schizophrenia, depression and bipolar disorder. Commenting on this, Ann Graybiel, an MIT Institute Professor and the paper's senior author said:


"We would so like to find a way to use these findings to relieve anxiety disorder and other disorders in which mood and emotion are affected. That kind of work is a real priority."

I would like them to find a way, too. If diminishing the anxiety associated with decision-making is just a matter of tinkering with my striosomes, then bring it on - it would undoubtedly save me years of procrastination. But perhaps the picture is not quite so simple.

Some would say that decision-making is not an easy thing to do, especially when the stakes are high. Effective decision-making arguably demands a sophisticated interplay between memory, will and intellect, coupled with the ability to 'hold' potent feelings of anxiety, so that conflicting realities may be adequately processed.

This work may be helpful in identifying part of the mechanism involved with decision-making, but meanwhile, I'm going to work on developing my emotional maturity and see how that goes. This seems to me the obvious challenge in 'high cost, high reward' decision-making scenarios. What do you think?


Written by Jacqui Hogan
Posted by 96 Harley Psychotherapy at Saturday, May 30, 2015