The remarkable case of the shrinking brain 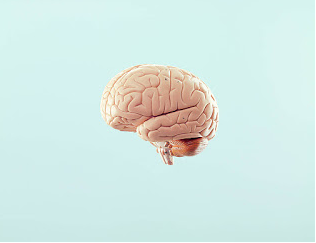 Last week, we took a broad look at the relationship between chronic back pain (CBP) and depression. While you don't need to be Einstein to deduce a potential relationship between the two, what might be less obvious is the significant extent to which such chronic pain can affect the structure and chemistry of the brain.

According to a study in the Journal of Neuroscience, reportedly the first to examine the changes that occur to the brain during chronic pain conditions, CBP actually shrinks the brain by as much as 11%  - which is about the same amount of grey matter lost in approximately 10 to 20 years of normal aging!

Researcher Apkarian, and his co-workers, compared the brain morphology of 26 healthy volunteers and an equal number of patients who had been suffering from unrelenting back pain for at least a year, using magnetic resonance imaging (MRI). Those in the CBP group experienced pain primarily localised to the lumbrosaccral region, with or without sciatica.

Patients in this latter group demonstrated a large decrease in grey matter compared with the control group. Proposing a mechanism for this observation, Apkarian suggested:


"Given that, by definition, chronic pain is a state of continuous persistent perception with associated negative effects and stress, one mechanistic explanation for the decreased grey matter is overuse atrophy caused by excitotoxic and inflammatory mechanisms."

He went on to say that the observed atrophy may be a function of an irreversible process, such as neurodegeneration, given that other research has shown that neuronal death occurs in rats with neuropathic pain.

In earlier research, Apkarian had found that back pain sustained for at least six months is accompanied by abnormal brain chemistry in the area known to be important in emotion, decision-making and regulating social behaviour.

His body of work points to tangible evidence of actual changes to brain structure and function under the influence of pain - in this case, specifically, chronic back pain. It underscores the potential need to address such pain as early as possible, so as to avoid potentially irreversible changes to the brain.

If you have patients (or perhaps are a patient) with chronic back pain, consider the expert treatment available in our back pain clinic at 96 Harley Psychotherapy. John Rutherford, physiotherapist and Giles Webster, exercise physiologist, have many years of experience in successfully treating chronic pain and work within our multidisciplinary framework to achieve extraordinary results for patients. You can read more and/or contact the clinic here,