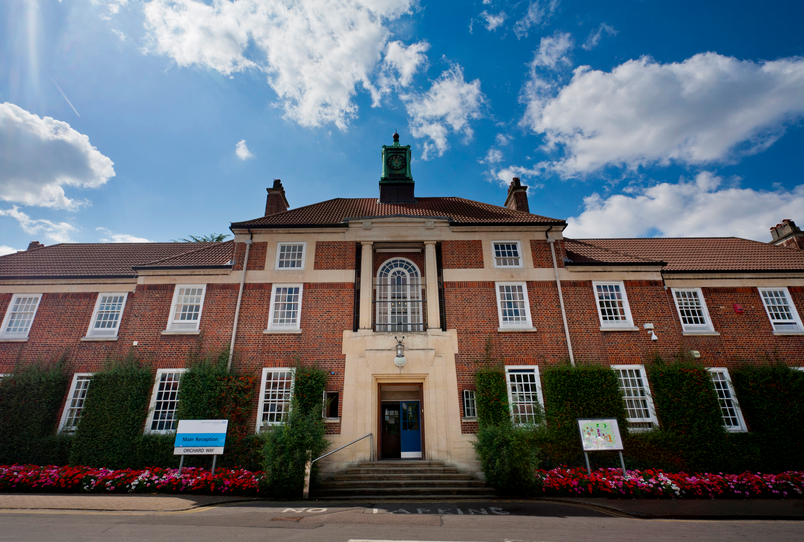 This week, I heard the story of a mother whose son had been conscripted to Afghanistan with the Territorial Army. One of her anecdotes which particularly touched me was that of her son asking her to send, along with protein bars and practical sundries, a colouring-in book. She told of how, in a quiet moment, his commanding officer had given him advice about how to stay within the lines - a wonderful cameo of simplicity and humanity in a world gone mad around them.

Perhaps this incident gives a clue as to the potential role of making art, no matter how rudimentary, for those trapped in a mental war zone.

This week, a new £4m gallery and museum, Bethlem Museum of the Mind, opened up at the Bethlem Royal Hospital in South London (pictured above), the world's oldest psychiatric institution. Formerly known as Bedlam, Bethlem has been treating patients with mental illness for almost eight hundred years.

Over that time, it has acquired a large collection of art and artefacts, many of them created by patients, and it is this body of work which has just gone on display. The collection itself dates back to the sixteenth century, making it the oldest archive of objects related to mental health in the world.

As one of the former patients acknowledges in a short promotional video put together by the BBC, creating art helped him to express the darkness he felt inside, while at the same time providing liberation from the strictures and disciplines of being in the clinical environment. He speaks of how the experience helped him to communicate what was happening for him and the great extent to which it contributed to his recovery.

The collection now on display is significant, bringing together the work of patients from Bethlem, The Maudsley and other psychiatric institutions.

Some artists, such as Richard Dadd, who was painting during the reign of Queen Victoria, have achieved international acclaim, while some of the exhibits, such as a pair of seventeenth century statues entitled 'Raving and Melancholy Madness' by an artist named Caius Cibber are of historical significance as former major London landmarks.

Victoria Northwood, Head of Archives and Museum, hopes that the current exhibition will help stimulate debate among visitors and lead to a better understanding of the lives of those living with mental illness. We echo that aspiration. And if you decide to visit, you'll be able to enjoy world class works of art and learn more about the history of mental health through the museum's unique archive.

Do you have experience of working with art in patients with mental illness? Or have you, perhaps, been helped by art in making a recovery from mental illness? We welcome all contributions on this fascinating topic. And do consider visiting Bedlam.