Make mine a green tea 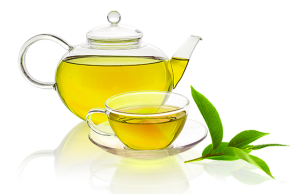 You've probably heard that green tea is an excellent source of antioxidants, and so it is. Unlike other types of tea, it is made from unoxidised leaves and is minimally processed. This may account for its association with various health benefits, including reduction in stroke and heart disease risk and anti-cancer efficacy.

Researchers in Switzerland have identified another good reason to add the beverage to your shopping list, with a recent study demonstrating that green tea may positively influence the brain's cognitive function.

Participants were randomised, blind, into two groups - one requiring them to ingest a soft drink containing green tea extract and the other a soft drink without the extract. All were then asked to perform a series of working memory tasks and their brain activity was measured using magnetic resonance imaging (MRI).

The findings revealed that those in the green tea group exhibited greater activity between the right parietal lobe and the frontal cortex of the brain. While there was enhanced performance in the memory tasks among this group, the effect was not significant, which the authors propose may have been a consequence of the small sample size.

According to Alzheimer's Research UK, dementia affects 820,000 people and costs the UK economy £23 billion per year - more than cancer and heart disease combined. They say that research in the area is grossly underfunded, given the considerable personal and societal impact of the disease.

It would seem, then, in the light of these facts, that further research into the possible relationship between green tea and working memory ought to be on the agenda, with bigger numbers to validate or discount the effect. In the meantime, I plan to make tea time count - it's black to green for me!