Greener pastures for the New Year 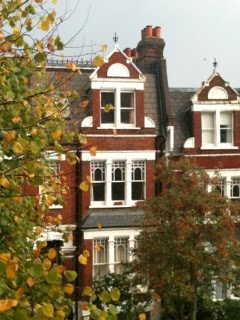 Staying with the green theme, I couldn't help but notice a new study published by the Journal of Environmental Science and Technology which offers encouraging news for those who are planning to move to areas with more green space this coming year. The study shows that more green space in towns and cities, such as parks and gardens, could lead to significant improvements in mental health for the good burghers of our nation.

The study, conducted by Dr Ian Alcock at the University of Exeter Medical School, is one of the first to examine the effects of green space on mental health over time. Data was pooled from over one thousand participants in the British Household Panel Survey, householders who had completed questionnaires from across Great Britain.

The work focused on two main groups - those moving to greener urban areas and those moving to less green urban areas from their original location. On average, those who moved to greener areas reported an immediate improvement in mental health, the effects of which were still evident three years after the move. Participants relocating to less green areas experienced a decrease in mental health, though this parameter returned to baseline once the move was complete. The figures were adjusted to remove the bias of other factors that may have impacted the results, such as employment, income and personality variables.

This study is of particular interest given the mental health context in which we now live - in 2012, the World Health Organisation identified depression as the leading cause of disability worldwide. Obviously, anything which can help address or relieve this burden has to be taken seriously.

These findings remind me of something I was told by a priest recently, which was that the peace we feel when we step out of the urban environment is the experience of all of nature worshipping God - which, of course, it does effortlessly, simply by 'doing its thing' in the manner decreed by its Creator. By contrast, in an urban environment, the shadow of human creatures doing things their own way affects the level of peace and harmony available to all those in the immediate environment - negatively, of course.

If you've ever stood on a mountain top on a clear day, you'll know what I mean - perhaps when we relocate to greener climes we tap into a greater density of creatures simply worshipping God, thereby radiating peace and tranquility.

No matter what the mechanism, it seems to me that relocating to greener pastures (maybe even just getting out in nature once in a  while) is good for our mental health. I for one, will be adding such activities to my lengthening New Year's resolution list!