How We Gain From Walking With Nature 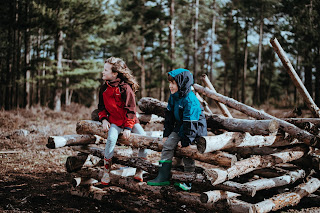 We are now facing the threat, or reality, of another period of severely limited activities, social and financial deprivation and continued uncertainty.

These conditions will be exacerbated by fewer daylight hours and colder weather and we are going to have to dig deep to counteract the psychological - and physical - damage that these constraints will inflict on our lives and well-being. The worst hit will again be the poorest and most vulnerable sectors of society; sectors which will already have suffered the worst losses and will already be the most depleted.
To have the best possible chance of surviving these deprivations and uncertainties, I suggest we focus on building resilience and accessing resources to provide resistance to infection rather than continually trying to avoid something that may be with us for some considerable time.

It has been evident from the first period of lockdown that those who are fortunate enough to have adequate space - whether in homes, gardens, parks or the countryside at large - have fared better than those who don't. 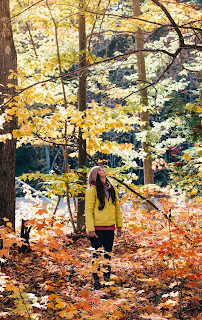 The one thing we do all have, however, is the natural environment itself. It is a resource that needs to be made available to all but it seems there is still not enough understanding of its beneficial properties in keeping us fit, both physically and mentally.

Research shows that those who live in harmony with nature suffer significantly less anxiety and enjoy better health than those who are alienated from it. In the 1970s, the condition of Nature Deficit Disorder was formally identified by Richard Louv and, since then, there has been extensive research and a plethora of books and papers published evidencing the important way in which nature contributes to our overall health. Sadly, until quite recently, this theory was widely regarded as “alternative” and the benefits largely discounted.

Fortunately, luminaries such as David Attenborough and Simon Schama have begun talking eloquently of the risks to ourselves of becoming distant from our natural environment. It has perhaps taken the experience of lockdown to alert us all to the reality that we disconnect from nature at a significant physical and psychological cost to ourselves.

To explore this further, in September of this year I facilitated an outdoor woodland therapy session, working with my daughter who is an experienced Forest School Leader.

We brought together a group of 10 self-selecting adults who were interested in experiencing how spending a few hours in a woodland environment could affect their feelings and mood.

We set no fixed goals, but just asked that they tried to remain in the moment as far as possible and to be open and receptive to what was around them in the form of sights, sounds, smells and touch. We talked a little about the cultural, historical and transformative elements of woodlands and the way in which trees communicate with each other through their roots and leaves to warn of predators or other dangers. The example of nature is one of collaboration and community rather than division and dominance, thus making it more resistant to threat and increasing its chances of survival.

When we checked out at the end of the session, there was a tangible energy in the group which had not been present before and people reported feeling lighter, freer and inspired -
no-one wanted to leave!

Journalist and author Isabel Hardman tells of her own experience and mental health recovery through the aid of nature in The Natural Health Service, a book published earlier this year. If her excellent and thoroughly researched book was formally acknowledged, I believe that we would have an invaluable resource that could be prescribed by GPs as a valid medication and one that could be made available to everyone, whatever their personal circumstances or whatever the external threat.
Hospitals now recognise that gardens have a therapeutic value to long-stay patients. That is a great start.
My fear remains, however, that Nature Deficit Disorder is not yet being taken seriously enough. Unless that happens soon, I worry there will more people presenting with a serious mental health crisis in the very near future.
By Sue Sutcliffe
Photo 1 by Annie Spratt on Unsplash
Photo 2 by Kristopher Roller on Unsplash
Posted by 96 Harley Psychotherapy at Wednesday, October 28, 2020

How Therapy Can Heal A Community 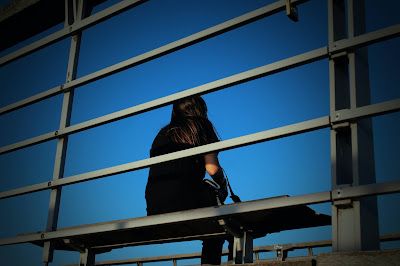 Here at 96 Harley Psychotherapy, we are proud to be supporting many different people from many different walks of life. We consider we are privileged to be allowed just a small glimpse into other people’s world and would like to share with you some of their comments on how they have individually benefited from specialist psychological care. Kay Lawrence tells of her personal experience working with these clients.

"Last Thursday’s pay packet was the best money I ever earned!  It was clean and I made it from my own hard work," said the young man referring to his £6.40 an hour pay. He was comparing that sum with his previous earnings of some £1,000 a day as a drug dealer.

"I never thought anyone would help me after I lost my kids, my home, and my freedom," said a 30-something woman who found support after serving a prison sentence. The charity which helped her is committed to finding a way of decreasing reoffending rates by helping women find another way of living that allows them to leave the "revolving door syndrome".

"Seeing the sunlight through the cracks of a shipping container and being in the sunlight as a real person in my own right is something that I can never truly describe," was the reflection of one  young woman in her 20s who had been trafficked into sex and domestic servitude. She is now being supported as she receives trauma counselling and learns to adjust to her new life, living safely in the UK. 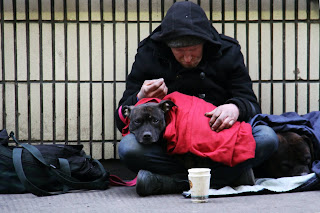 “No-one else would have been willing to take me on, train me up, and never mention my offences ever again,” said the man in his early 50s who is now part of a charity working with people who have years of repeat offending behaviour, culminating in homelessness, mental health difficulties and addictions.

“I’m now training to become a coach to motivate kids, who are just like I used to be!  It all makes sense now.  If I can do anything to help those kids achieve their real potential, then my own wounds were worth it,” said the young ex-gang member who is now coaching young people who have been failed by the "system". He and the team are helping to heal their clients’ unresolved traumas and working with them for the common good.

The connection with the "end users`' of all these charities and the charities themselves have a goal in common: they long for transformation and a "better way".

If I can distill equality down to its most pure form, I would suggest the key is that we should all have access to the things that give us the qualities of living well. Fairness, opportunity and parity are the common ground, as is the practical need for food and shelter. However, our emotional and psychological needs also need to be looked after. Who are we without acceptance and respect? Who are we if we are not seen and heard, valued and appreciated?

There is so much good news that can be found in surveys revealing the outcomes of charity work and community projects. We know it may not work for everyone but, if one person in a generation changes the course of their life path, then that sets about a systemic change for their descendants too, as well as those around them. I find this prospect very exciting!  Supply the right conditions, and people who wish to embrace a new way will put in the leg work and do so.

Through our clinically and therapeutically informed work with charities and community projects, 96 HS remains committed to being a part of this good news. Partnering with organisations, we support the lifecycle of change, restoration and transformation in whatever capacity we can provide.

I asked a question at the beginning of this piece: Is it just a job? From my point of view, it is so, so much more.

These are some of the amazing groups we have been involved with since 2010.