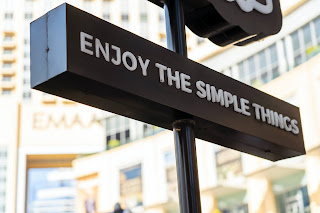 As we are slowly easing out of lockdown, it may be the time to take stock of how we can move forward into a new normality that benefits everyone. Lulu Sinclair talked in a recent blog about this having been, for many, a time of reflection, for being rather than doing, and for questioning choices we have made in the past so that we can move forward with less destructive and obstructive "baggage".

There are, of course, many others for whom this has been a time of great deprivation and loss and it is impossible at this stage to assess the long-term mental and physical health consequences of this lockdown period and what effect the lack of schooling and social interaction is going to have on our children at such a formative time in their lives.

This has been a pandemic that has discriminated in its behaviour: it has favoured the rich and targeted the poor, and it is almost inevitable that the children of already deprived families will suffer significantly more than those from better-off backgrounds, just as their parents and grandparents are likely to have suffered more from the virus itself. 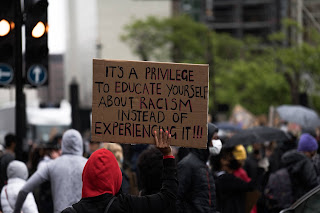 It has also been divisive in setting power and privilege against vulnerability and oppression, which has led to a strong undercurrent of feelings of injustice and victimisation and, I believe, added weight to the protests and civic unrest in of support Black Lives Matter. And while this is, without doubt, an extremely important, urgent and essential cause, the truth is that ALL lives matter, and it feels to me that, if we can learn anything from this universally catastrophic experience, it is to value life itself, in all its forms, regardless of race, colour, class, or creed, and this is to include living in harmony with our natural environment.

This period of lockdown has perhaps given us more insight into what we truly value and at how bereft we feel to have been deprived of things that we have been used to taking for granted. And one of the most important of these is, for many, the need to feel a connection with people, and especially those we love, and to be able to feel some significance or purpose in our own lives. It has called on reserves of resilience and many have found new resources in music, art, nature and meditation - to find a comfort that Carl Jung* might have described as helping us to tap into a collective unconscious.

But some have not been able to access new resources for themselves and, going forward, perhaps it is a time to consider that building resilience could be a very formative and constructive contribution to the way we educate and bring up future generations. 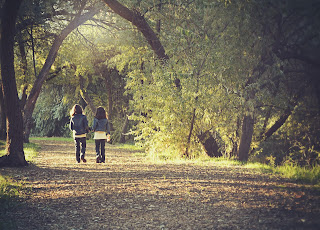 Recent research** has shown that teaching children outdoors, using the natural environment as a tool and focusing on process rather than on outcome, has not only improved the performance of children in the classroom, but also increased mental health and resilience. Are there lessons here for us all?

A final thought with regard to anxiety: this is often closely related to uncertainty and fear of a negative outcome.   If we had all known that we were going to be hit by Covid-19 in March as we were hopefully celebrating the arrival of the New Year on 1 January, I don’t think many of us would have found it possible to continue with the celebrations.

People who suffer acute anxiety are living with a similarly catastrophic narrative hanging over them on a constant basis, the only difference being that it is hypothetical – the dreaded “what if”.

It seems a sad waste to overshadow your life in this way, especially as we know that more often than not, the "what-ifs”"are very rarely as bad as we had anticipated and that we generally manage them much better than we had feared.

Surely we would be able to live more peacefully if we had confidence in being able to cope with a given situation than spending our lives fearing or trying to avoid the risk of something that may not happen anyway.