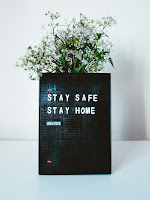 “Now is not the time for soundbites … I feel the hand of history on my shoulder.”

That quote actually belongs to Tony Blair but it could work well for our present PM, Boris Johnson.

What a time he has had of it. He survived a near-miss with Covid-19 and then, in the same month, became the father of a baby boy who looks to have inherited those strong Johnson genes. Our PM has stamina and he is clearly going to need it.

Back to the quote.

Boris Johnson and his band of merry men are facing their moment of history. How Boris is perceived and how he manages it will all depend on what happens now.

Currently, I have my concerns. The Government started off with an extraordinary majority given to them by those who sought Brexit. An unimaginable 80 seats. The future held such promise.

And then along came Covid-19, a new and unknown virus from which thousands of people have died within a very short space of time.

First, the no-blame game. It was not our government’s fault about Covid-19. We have big cities with diverse groups of people, most of whom live in close proximity so, when it happened, it was bound to have a calamitous effect on the population. Even though some said the UK should have been shut down more quickly, there can be no certainty that was the right thing to do. Government ministers, particularly Boris, were very conflicted about what to do and took a while to lockdown - lockup? - Britain.

To ministers' surprise, the people accepted the decision with ease. Fear can have that effect and all of us were very quickly made to feel very, very frightened.

The problem, as I see it, comes after that. I observed a terror of ministers running around like headless chickens. They seemed to be locked in their own forever “frozen” stage of fear where the alternative fight or flight reflex did not get a look in. “Stay at home! Protect the (it soon became ‘our’) NHS! Save lives!” The mantra was repeated so often it became a cliché and, instead of appreciating the message, I began to feel irritated.

In my last blog, I wrote that we as a society needed to have a rational head during the present situation.

More than six weeks after lockdown first began, I fear the Government has abandoned all pretence of rationality and is a living breathing example of when blind panic goes bad. Where gut reaction leads, reason gets elbowed aside.

An example of that is being forced to stay indoors to protect the NHS because it couldn’t cope with a pandemic. (Why not? I have to ask, a lot of money is spent on it).  Putting cynicism aside, I am prepared to do as I am told. But I also wonder why, while I am locked up, millions of people have been allowed to travel into this country and less than 500 of them were checked for Covid-19 symptoms on entry. Where is the logic in that?

My problem is, I am adult by age and a rebel by inclination. I am also, as many human beings are, a mass of contradictions. As an adult, if you reason with me and explain, I will be inclined to obey.  Talk to me in the right way and you will have no trouble from me.

However, tell me I MUST do something - and maybe get a little shoutie (from the Minister of Health school of governing) - and my rebellious side is right back at you. Before you know it, I'm planning a trip to Cornwall to ride the Newquay surf - something I’ve never thought of doing before. I sense I am not alone.

Better therefore, to treat the population as adults and address them accordingly. You are likely to get adult behaviour back, responsive and responsible and what may be needed to help contain this terrible and contagious virus.

So why then, do I feel I’m being told what to do by a group of unknowing arrogant prefects who want to get on and are using me as a punchbag to achieve their aims. It does not bring out the best in a person.

Talking of arrogance, if you want people to comply, you need to lead from the front. It is no good telling everyone to do one thing when you and your cohorts are doing another. If you tell me to keep my distance and then go around shaking hands with everyone, I am going to get a confused message. Similarly, if a scientific guru and the architect of lockdown tells me it is a matter of life and death that I stay at home, I am prepared to trust his judgment. But when I discover he has been breaking his own rules, I am inclined to wonder what else I have been told to do that is wrong. And while isolation may be good for my physical wellbeing - although we are not entirely sure of that either - my mental health does not enjoy being separated from my loved ones.

I hope that one day we will look back at this as if it were a bad dream but we still have a way to go. For now, we need encouraging and thoughtful leadership to give us confidence as we travel along this bumpy road.

We are told Boris Johnson has wanted this job for a very long time. Now is his moment. I want his decisions to make me feel safe and I want to believe there is more to him than an optimistic soundbite. I’m not yet feeling it.