The value of humility 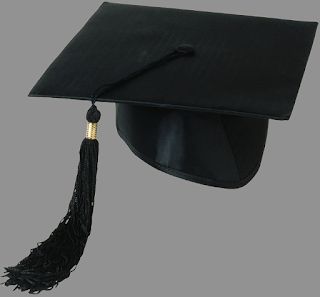 How much do you think you know? And would you be right in your assessment?

A new piece of research places into question the seemingly straightforward task of judging one's own knowledge on a particular subject, and suggests that those who think they 'know it all' are more prone to lies and deception.

Psychological scientist Stav Atir of Cornell University and his colleagues set out to discover whether individuals who perceived (and stated) themselves to be experts in a particular subject, were more likely than others to lie about their knowledge.

As part of the experiment, they asked 100 individuals to rate their knowledge of personal finance, as well as their understanding of specific financial terms. Most of the terms were genuine, but the researchers also included a handful of fake terms (e.g. pre-rated stocks, annualised credit).

Interestingly, those who saw themselves as having a high degree of financial expertise were more likely to claim themselves to be experts in the bogus terms. This trend was also repeated in other subject areas, including geography, literature, philosophy and biology.

More fascinating is the observation that even when participants were told that some of the terms they were rating their knowledge against were fictitious, the self-proclaimed experts were still more likely to brazenly claim familiarity with made-up terms.

The research team concluded that a tendency to lie about knowledge in self-proclaimed experts might prevent them from educating themselves in these areas and thereby lead to negative consequences for them. Never mind about the consequences for those who may be victims of their advice!

Since when do we sympathise with the perpetrator and ignore the plight of the potential victim?

This research exposes the scourge of hubris, defined in the dictionary as 'excessive pride or self-confidence; arrogance'. It is the opposite to humility, which is defined as 'a modest opinion or estimate of one's own importance, rank, etc.'

To cultivate humility, we must first distinguish it from low self-esteem; humility comes from a position of strength. When we are humble, we know that we are intrinsically valuable as human beings, but fallible by virtue of our human nature. When we are humble, we have no need to 'big ourselves up' in order to look good in the eyes of the world.

By contrast, when we have low self esteem, we lack this understanding and are influenced by what others think. We need to look good, lest we be discovered for our perceived 'crime' of being less than perfect. Since perfection is unattainable, we are always falling short of the mark and always needing to cover up for our lack of perfection.

True humility is now becoming as rare as hen's teeth. If you are lucky enough to encounter it, you will be speaking to someone who is indeed an expert - an expert in life.