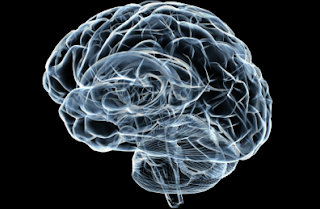 It's the size of the matter that matters, according to the results of a new study in Social Cognitive and Affective Neuroscience, snappily entitled 'Significant grey matter changes in a region of the orbitofrontal cortex in healthy participants predicts emotional dysregulation.'

Effective regulation of the emotions seems to be an increasingly prized commodity, with soaring diagnoses of borderline personality, bipolar and antisocial personality disorders dominating the mental health terrain. It has long been known that people diagnosed with such disorders exhibit compromised emotional regulation and a decrease in volume of certain regions of the brain.

The researchers on this study were interested to discover whether individuals deemed to be mentally healthy (i.e. not diagnosed with mental health disorders), but who rated themselves as having difficulty with regulating their emotions, also exhibited diminished brain volume on MRI.

Reassuringly, the answer was yes!

Such 'healthy' individuals were found to have a smaller volume lower frontal lobe (orbitofrontal cortex) than those who were 'healthy', but rated themselves as having no difficulty in regulating emotions.

Furthermore, the greater the problems with regulating emotions, the smaller the lobe volume. (This same area, by the way, corresponds to the area diminished in those diagnosed with mental disorders.)

The lead author on the study, Associate Professor Pedrag Petrovic, commenting on the findings, said:


The results support the idea that there is a continuum in our ability to regulate the emotions and if you are at the extreme end… this leads to a psychiatric diagnosis."

Or how about the possibility that there are many more people wandering around who could easily be diagnosed with mental illness - they just happen to slip through the net!

This study is encouraging in that it points to the fact that the so-called 'healthy' and the 'mentally ill' may have more in common than we are taught to think. Perhaps we are not so different from each other after all.

Rather, maybe we are all just a diagnosis away from a DSM-defined mental health disorder - as the saying goes, you don't have to be mad to work here, but it helps!