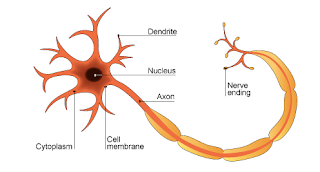 The neurotransmitter theory, despite being a theory, has become hard-wired into our understanding of the way depression works. A shortfall in the neurotransmitter serotonin in the synapses between neurones represents a 'chemical imbalance' which leads to the symptoms of depression, right?

Professor David Healy, author of a book published in 2004 entitled 'Let them eat Prozac: the unhealthy relationship between the pharmaceutical industry and depression', challenges this understanding.

He argues in editorial in the latest edition of the British Medical Journal, that the notion that low levels of serotonin are responsible for depression was created by drug companies in the 1980s in response to concerns about patients developing dependence on tranquilisers. To quote from his paper:


"The serotonin reuptake inhibiting (SSRI) group of drugs came on stream in the late 1980s, nearly two decades after first being mooted. The delay centred on finding an indication. They did not have the hoped for lucrative antihypertensive or anti obesity profiles. A 1960s idea that serotonin concentrations might be lowered in depression had been rejected and in clinical trials the SSRIs had lost out to the older tricyclic antidepressants."

The BMJ article, while challenging 'the received wisdom' on SSRIs, also stresses that serotonin is not irrelevant.

Rather, it focuses on the marketing history of SSRIs and raises general questions about the weight the medical establishment sometimes places on theory over empirical evidence for lives saved or restored function. Professor Healy goes on to say:


"In other areas of life the products we use, from computers to microwaves, improve year on year, but this is not the case for medicines where this year's treatments may achieve blockbuster sales despite being less effective and less safe than yesterday's models."

It's an indisputable fact that, anecdotally at least, many mental health practitioners and patients have observed and experienced clinical benefits with SSRI treatment. And, in a way, perhaps that is the most important point here, notwithstanding the placebo effect.

Nonetheless, it behooves us to understand the historical context for all pharmacological medications, especially in the mental health arena, given the psychosocial implications, reality of side effects and increasing dominance of business interests.

What is your experience of SSRIs, either as a prescriber, witness or patient? We'd love to hear your informed reflections on this vitally important topic.