Give thanks for a happy heart 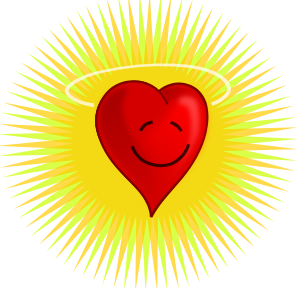 All too often, it's the simple, commonsense practices which turn out to deliver genuine therapeutic benefits, with little recognition.

That's why this latest piece of research, published by the American Psychological Association, is highly deserving of attention and should warm the cockles of all our hearts. Because what it demonstrates is the power of that elusive spiritual resource gratitude on the objective functioning of the heart.

The study examined 186 men and women, all of whom had been diagnosed with asymptomatic heart failure of at least three months duration.

Using standard psychometric testing, the researchers measured levels of 'gratitude' and 'spiritual wellbeing' and then compared these scores with subjects' levels of fatigue, depressive symptoms, sleep quality and sense of personal effectiveness. They also measured the level of inflammatory markers known to negatively impact heart failure.

What surprised them most was the extent to which gratitude, as distinct from spiritual wellbeing, was positively correlated with the variables being measured.

Lead author Paul Mills, PhD and Professor of Family Medicine and Public Health at the University of California, commenting on the findings said:


"We found that more gratitude in these patients was associated with better mood, less fatigue and lower levels of inflammatory biomarkers related to cardiac health... It was the gratitude aspect of spirituality that accounted for those effects, not spirituality per se."

To deepen their understanding of the findings, subjects were then asked to write down three things for which they were grateful, every day, for eight weeks. Those who kept the diaries showed reductions in circulating levels of inflammatory biomarkers, as well as an increase in heart rate variability, which is associated with reduced cardiac risk.

So gratitude is good for your heart! It makes sense that focusing on the positive aspects of life can result in improved mental and, ultimately, physical health.

Therapists treating patients with depression have long used gratitude diaries to help address the negative mindset which often overwhelms. It is also a popular recommendation among twelve-step recovery groups of the type pioneered by Alcoholics Anonymous.

What's special about this particular study is that it provides objective evidence of the impact of gratitude in the form of biological markers - satisfying the prevailing demands of 'evidence-based' medicine. All in all, extremely heartening.

Have you experienced the benefits of a systematic approach to gratitude, either for yourself or for a patient? If so, we'd love to hear from you.

Time to get your house in order 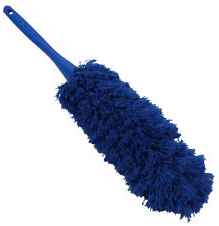 We all know that housework, no matter how tiresome it may be, usually leaves us feeling a lot better than when we started.

According to a new piece of research, older adults who keep their homes clean and tidy feel emotionally better than those living in a chaotic environment.

Kathy Wright and her team from Case Western Reserve University School of Nursing in Ohio set out to understand how factors such as income, education, environment and health behaviours, like smoking, self-care and exercise, influence an older person's health.

The study's 337 participants ranged in age between 65 and 94 years and data was collected by interview. Geographic and socioeconomic information was then linked to health data.

Wright said she was surprised to discover that housework and maintaining property in good order contributed more to participants' sense of well-being than factors such as income or housing. She concluded that "A clean environment is therapeutic".

Perhaps we ought not be so surprised. If cleanliness is, indeed, close to Godliness, as the saying goes, then might we not have reasonable expectation of reaping the benefits of such activity? Like many sayings handed down from generation to generation, there's usually something to it.

With common sense fast becoming a scarce commodity, it's even just a little ironic that such phenomena would be the subject of scholarly research. But if proofs are needed, then so be it. 'Tidy house, tidy mind' can now be referenced for the sake of posterity.

Of course, there's also the impact of exercise which must be added to the equation. Exercise, as we've been highlighting in recent posts, has a direct effect on brain health and emotional wellbeing and presumably, housework undertaken with even a modicum of gusto, must make a contribution.

If you're out of the habit of exercise and would like to get back in action, we at 96 Harley Psychotherapy are amply equipped to help you do it. As well as our excellent team of Psychotherapists, we have an in-house gym and resident Physiotherapist (John Rutherford) and Exercise Physiologist (Giles Webster). Both can help you safely ease yourself into regular activity and address any underlying problems of pain or injury. You can find out more about them here.

Email ThisBlogThis!Share to TwitterShare to FacebookShare to Pinterest
Labels: housework and mental health

Give your brain a proper workout 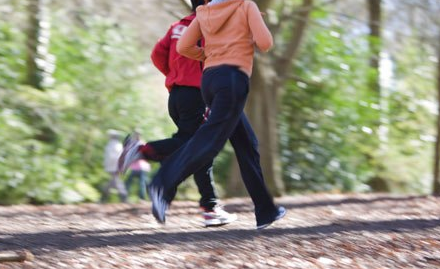 Everywhere you look nowadays, there are businesses touting the means to extend your brain power. One that is clearly courting favour, judging by their advertising campaign, is 'Lumosity', which describes itself as a 'leader in the science of brain training'. It brings us a slew of apparently much-needed digital games in the areas of memory, attention, speed of processing and problem solving, promising to 'train our brains' to be more effective.

Amidst the hype of such novelties, it might be easy to forget the basics - that mental health (and therefore cognitive ability) is intrinsically linked to physical health, since we are whole persons, as opposed to brains on legs.

A recent study out of Boston University Medical Center has underscored this reality by showing that older adults with relatively greater cardio-respiratory (CR) health also have enhanced memory recall and cognitive abilities. On some parameters they even score as well as their younger counterparts.

The researchers compared thirty-three adults aged between 18 and 31 and twenty-seven aged between 55 and 82, with a wide range of cardio-respiratory fitness levels. All completed exercise testing to evaluate their CR function, as well as psychological testing to assess their planning, memory and problem-solving capacities.

Scott Haynes, PhD and Assistant Professor of Psychiatry at the Boston University School of Medicine, said of the results:


"Our findings that cardio-respiratory fitness may mitigate age-related cognitive decline is appealing for a variety of reasons, including that aerobic activities to enhance it (walking, dancing etc) are inexpensive, accessible and could potentially improve quality of life."

So, before you enrol in the latest 'brain-training' programme (and I defy anyone to successfully strip that  terminology of its Orwellian undertones), consider committing to a regular programme of cardiovascular activity. Simply a walk in the park every day - or even every other day - will help keep your brain in order, as well as conferring the many other well-known benefits, too numerous to list here. Aside from all the academic proofs, it's sheer common sense.

For those who suffer with physical limitations or are out of the habit of regular exercise, we have a dedicated gym attached to the practice at 96 Harley Psychotherapy, and a Physiotherapist and Exercise Physiologist who can work with you to get you moving. We stand by this holistic approach and know from experience the inextricable link between physical and mental health. Speak to John Rutherford or Giles Webster whose contact details you'll find here.

What do you think about the new brain training programmes that are making their way onto the government and media stage? Are 'mind games' really the answer to sustained brain effectiveness?

As ever, your thoughts welcomed.

The trauma of war 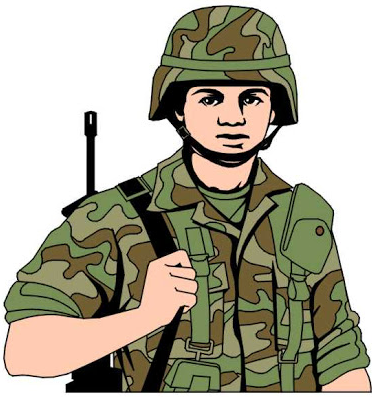 It seems that, despite all hopes to the contrary, we are ever more embroiled in war. And while physical casualties are often thoroughly reported, what commonly goes unreported are the emotional and mental effects which also carry the potential to devastate lives.

In recent years, Post-Traumatic Stress Disorder (PTSD) has received a lot of attention because of its relationship to survivors of dysfunctional families of origin. But, in fact, the condition was originally identified among survivors of war.

The term 'Post-Traumatic Stress Disorder' first appeared in the literature in 1980. When the DSM-III (third edition of the Diagnostic and Statistical Manual of Mental Disorders) was revised in the mid-1980s, the experiences of soldiers returning from the Vietnam War led to a more in-depth investigation of the concept and resulted in its inclusion in the manual.

Earlier descriptive accounts of stress-related disorders are emphatically linked to the history of war. The horrors of trench warfare during World War I and consequent psychological sequelae preceded the concept of 'shell shock' - which is, effectively, PTSD.

Fast-forward to the present day, and research among return soldiers from Afghanistan and Iraq suggests that up to 20% are likely to manifest symptoms of PTSD after they return from combat. Estimates of depression range between 3 and 25%.

We should not be surprised. Combat stressors, which include seeing dead bodies, being shot at, being attacked or ambushed, experiencing rocket or mortar fire, watching a friend being killed or seriously wounded, or oneself being seriously injured, cannot help but cause distress. Arguably, the very nature of the combat experience, no matter how well trained or prepared a soldier is, can do little but lead to a profound shift in the mental, emotional and overall psychological, landscape of the individual.

The National Center for PTSD, a division of the US Department of Veterans Affairs, notes that risk factors for developing the condition include longer deployment, more intense exposure to combat stressors, more severe physical injury, lower rank, lower level of education, female gender and not being married.

Against this backdrop, Dr Robin Lawrence, owner and founder of 96 Harley Psychotherapy and Consultant Psychiatrist and Psychotherapist of many decades' standing, is heading to the Ukraine in May to deliver training to staff at the Irpin Hospital. The programme will focus on the diagnosis and management of PTSD. With war in the Ukraine now a reality, this is important work. Dr Lawrence is pleased to be able to lend his support to the rehabilitation of soldiers in the region.

If you would like to find out more about PTSD or to speak to Dr Lawrence about his upcoming mission, please contact us here. And if you have experience of combat-related PTSD, we'd also love to hear from you.