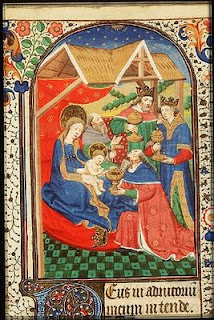 Well, we're almost at the back door of another year - another ending, no less. Those of us who have been on the wrong side (or perhaps the right?) of the archetypal therapist's tissue-topped coffee table know all too well what this can mean - anything from melt-down to the quiet joy of recognising that we can actually sustain ourselves emotionally without need of professional help - at least for the holidays!

So how has 2013 been for you, psychologically speaking? Do you feel like you're growing? Or perhaps regressing? Ultimately, whichever one, it is (arguably) all in the service of deepening your experience of life. If things have got worse, it's because they're on their way to getting better and if they've got better, congratulations, you're no doubt experiencing the fruits of being in the flow of life!

At 96 Harley Psychotherapy, we like to encourage good 'psychological hygiene' at this time of year, in the form of taking stock of all that has worked and not worked, succeeded and failed, been gained and lost over the course of the last 12 months. Such processing really does help de-clutter the mind and make way for the coming year. Even taking simple steps, like clearing your desktop of all those errant screen grabs and loner files, sorting through your in-tray and packing away your summer clothes (if you haven't already) can lead to a sense of marking completion and paving the way for the exciting, new and unimagined.

May we, at number 96, take this opportunity to say THANK YOU to all those with whom we have connected during 2013 and to wish you all a Merry Christmas and a happy, healthy 2014. Expect more of our disarmingly candid psychological commentary in the New Year!

Email ThisBlogThis!Share to TwitterShare to FacebookShare to Pinterest
Labels: decluttering

'Tis the season to be jolly - what's the role of antidepressants?

It's Christmas, that wonderful time of year when we deck the halls, gather together in community and sing carols to herald the arrival of the newborn Christ-child - right?

Maybe not. For many people, the festive season is now, not only devoid of any spiritual significance, but also associated with the consequences of widespread family breakdown and the socio-economic sleight-of-hand that is currently making paupers out of the middle classes. Thankfully, many of us still find reason to be cheerful, but for those who struggle with depression, this can be the worst time of year to navigate.

A new information resource for people with depression, hailing from research conducted by Oxford University and the University of Nottingham, provides identification and comfort in the form of a series of video interviews, conducted among depression sufferers from all around the country. You can watch these interviews at healthtalkonline.org.

What's striking about this piece of work is the honesty of the 30 people interviewed and the broad range of experiences reported across this relatively small cohort (that, and the rather perplexing appearance of Alastair Campbell introducing the work - what, may I ask, does he have to do with any of this?).

A common observation made by interviewees was that the response to antidepressant medication could be as diverse as the number of people being medicated - in other words, each individual appears to respond differently.

Several refer to the reality of side-effects, such as anxiety, feeling detached, dizziness and suicidal feelings, as being an important consideration in the decision to proceed or not. One participant commented "Some of [the side-effects] are not bearable… [so] if you're mildly depressed it may not be worth it." It took some people several years to find an antidepressant that worked for them, usually accompanied by adding in strategies such as talking therapy. A proportion said they had never found an effective treatment.

In contrast, one man, an eighty-four year old, had been prescribed valium for depression since his early thirties and a few years ago was prescribed an SSRI. In his words "the black clouds lifted."

If there's one thing that can be said with certainty - no response can be predicted with certainty, which is what makes this video footage so very interesting. If nothing else. it will provide those who are trying to make a decision about whether to go on medication a realistic impression of what it may mean to take the plunge. Fore-warned is fore-armed and given the massive increase in antidepressant prescriptions in the UK in recent years, this must be considered an important resource.

Along with the reality of the true Christmas message - that love has now entered the world.