Time For Some Positive Thinking 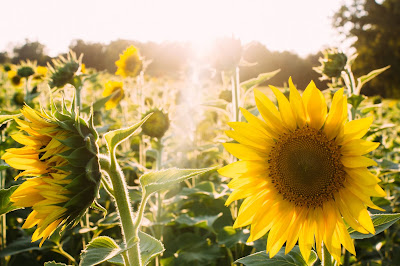 Someone asked me recently: “When did everyone in this country become so angry?”

It’s an interesting question and one that’s given me quite a lot to think about.

Obviously, the run-up to Brexit in 2016 comes to mind and then there’d be a good reason for 48% of the voting population to feel aggrieved. Or, for that matter, the 52% who voted out. So that accounts for 100% of the voting public. Quite a number.

But, reflecting further, I wonder if the anger was there before then, otherwise the question of a referendum would probably not have come up. Happy people are less likely to question the status quo.

So, I suppose we’re talking about the financial crash of 2008 and the effect it has had on all of us. The banks – who were at the centre of the storm – seem to have recovered and are doing very well. But what about we, the people, what about us? Have we recovered?

I’d suggest not. There’s an anxiety in the air that doesn’t show any sign of dissipating any time soon. We’re living in uncertain times.

There are terrible conflicts going on in the Middle East over which we seem powerless but which are brought to our attention through 24-hour news; our leaders seem to have lost it (I’m not talking about our latest PM here, it’s too early to judge) and, economically, it all seems a bit worrying. Prices are going up, the pound is going down.

And the people don’t like it, we feel unsettled. And, with our perception of increasing crime and terrorism acts, we don't feel safe. And we need to feel safe. If, individually, we function better when we feel reasonably secure, it’s even more imperative when we’re working as a collective within society.

Philosopher Thomas Hobbes offered his ideal social contract as one in which the individual offered everything to the monarch in exchange for being kept safe. He lived during the terrifying time which was the English Civil War and I always thought that seemed a bit extreme (I preferred John Locke’s idea of “enough for your needs, plus a little bit more” as a good way towards contentment) but now I'm beginning to get Hobbes. It’s hard to feel secure when all around seems to be chaotic. David Cameron’s survey about happiness no longer seems as odd as it once did.

So, what can we do about it?

Collectively, I’m lost. But I’d suggest that, individually, there are a number of ways in which we can help ourselves.

For instance, take time to reflect on what you as a human being actually have. Your health, your family, your work, your friends, a pet, food, exercise – anything and everything that gives you a feeling of contentment at least. Experience and recognise what you’re feeling and “bank” it so you can draw on the pleasurable side of your life when and as you need.

I recently saw a toddler discovering wind (not that sort) for the first time. What I experienced as potentially frightening – fences being knocked down, people hit by falling trees, trains not working, etc. etc. – she experienced as astonishing and wonderful. The expression of delight on her face as she lifted it towards the sky and gave a really gutsy laugh reminded me that there is always another way of considering something of concern.

In the old days, the phrase for it would be: “Count your blessings.” Now, it’s incorporated into a style of mindfulness that keeps us centred in the moment; we can’t stress about our worries when we’re actively living in the now.

On a personal note, I believe mindfulness as a form of meditation is great but wouldn’t be able to manage it permanently. I remember another expression: “Live each day as if it were your last.” I understood the sentiment but not the reality. It would be exhausting and I’d clock up the most enormous debts for which, if it weren’t my last day, I’d be liable.

And that takes me to another thought.

If you want to, listen to what others have to say but remember not to “go with the flow” unless it’s what you really want to do. Choose for yourself what suits you. It’s easy to be uncomfortable if we’re living a life that doesn’t suit us.

As well as reflecting on your feelings and your internal world to bring out happiness and/or contentment, take time to enjoy the good offerings of life. Immerse yourself in a good book or film, take some exercise (it doesn’t have to be hard, walks are good too) or listen to music that lifts your mood.

The key is in awareness and discovering what suits you. Listen to your inner voice and be aware of what your body is telling you. We can’t do much about the world about us, but we can take charge of how we make the most of ourselves within it.

As the song goes – it’s a worthwhile message: