Cannabis - Is It Wacky To Legalise It? 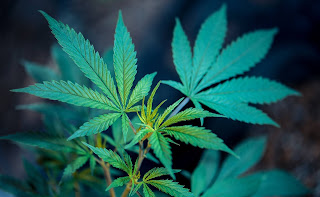 Psychiatrists are to reconsider their opposition to the legalisation of cannabis. The Royal College of Psychiatrists has decided on the move following the government’s decision to allow the use of cannabis for medicine purposes and on prescription.

Up until now, the college has opposed its legalisation and the College’s advice has been at the forefront of government decision making. Other medical bodies, however, are calling for reform and the RCP has decided to look at the matter again.

Dr Adrian James, Royal College of Psychiatrists’ registrar, told The Times the panel would start with an open mind. However, he said he was still concerned about the risks of psychosis.

Dr Robin Lawrence, founder and consultant psychiatrist at 96 Harley Street, believes the College is right to have concerns.

“Before, the government makes a decision about legalising cannabis, there are several pitfalls that need to be addressed.

“First, it’s important to understand first of all that the cannabis plant contains more than one active ingredient: THC and CBD.

“The cannabis smoked by students in the 1970s contained a high proportion of CBD, a relaxant that actually expresses anti-psychotic properties.

“THC, on the other hand, causes hallucinations and leads to a short-lived psychosis in many, a few of whom may go on to suffer schizophrenia for the rest of their lives.

“Skunk, which is what is now available on the streets of the UK has a very high proportion of THC – the ingredient connected with psychosis.

“What is worse, is it is now very difficult to buy the earlier form of cannabis because the growers – by selective breeding – have actually changed the nature of the wild plant so that it contains higher quantities of THC.

“The THC gives the cannabis a much greater ‘kick’, making it much more dangerous from the psychotic perspective.”

Dr Lawrence believes legalisation, as long as it’s licensed in the same way as alcohol so that the strength of the cannabis can be measured, could improve safety concerns.

Even so, he suggests, it is highly likely that there would be a black market for the “strong stuff”, whatever legislation is passed.

The psychiatrist has another concern about permitting teenagers or young adults to take the drug.

Dr Lawrence says: “There is a risk is the long-term use of cannabis, usually from a young age, which can result in the user (normally a male) spending hours and days in his room smoking rather than going for a job interview or taking on any responsibility. This can mutate into an entirely wasted life.

“The importance here, is that the adolescent brain should never be exposed to cannabis unless there is a pressing medical need (as in some cases of epilepsy where cannabis oil is the only available treatment).

“I do not believe cannabis should be legalised for anyone whose character has yet to form.

“Currently that legal cut off is 18, but many would regard character as still developing right up until the age of 29.”

Photo by Roberto Valdivia on Unsplash