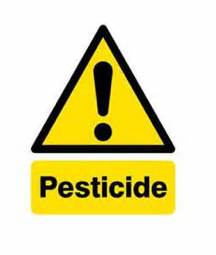 At no other time in world history have we been exposed to such a heady cocktail of chemicals which, while supposedly making our lives easier, also put us at risk. From the fumes we inhale in traffic-choked cities to the plastic residues we ingest on cling-filmed foods, we are arguably being bombarded.

Pyrethroid insecticides are commonly found in household insect sprays, flea treatments for pets, medicinal shampoos and gardening products. Their mode of action is to block the neurotransmission of their unfortunate targets, who generally succumb to paralysis and death.

Which is why the researchers reported here were interested to test the hypothesis that the same chemicals might be influencing human neurotransmission, especially in children, who are biologically most vulnerable. They proposed that six year-olds exposed to pyrethroids, might exhibit negative cognitive effects.

The PELAGIE mother-child cohort was established to monitor 3,500 mother-child pairs between 2002 and 2006 in France. One of the parameters monitored was exposure to pyrethroids in utero and in childhood. A total of 287 women were randomly selected from this cohort and were followed up when their children were six years old.

Level of exposure to pyrethroids was assessed by measuring metabolites in the mothers' urine between the sixth and nineteenth weeks of pregnancy, and then later, on the children's sixth birthdays.

On that birthday, the children were also assessed for neuro-cognitive performance, particularly verbal comprehension and working memory. Family environment and other factors which might affect intellectual development were also taken into account.

Cecile Chevrier, lead author of the study, commenting on the results, said:


"Although these observations must be reproduced in further studies in order to draw definite conclusions, they indicate the potential responsibility of low doses of deltamethrine in particular [a precursor of cis-DBCA] and pyrethroid insecticides in general [for the decrease in cognitive performance observed among six year olds]."

Children are frequently exposed to pyrethroid neurotoxins, since they are closer to ground-level dust, engage in frequent hand-to-mouth contact and delight in handling pets who are often covered in toxic flea treatments. If pyrethroids work well on insects, it seems reasonable to assume they might also be working 'well' to reduce cognitive function in our children.

Given the number of pressures already facing the upcoming generation, it would seem prudent to consider at least reading the labels on insecticide packs, gardening products and lice shampoos to identify the presence of pyrethroids. And perhaps allowing Fido to have a few more scratching fits, instead of dousing him in toxic flea treatment, is a price that may be well worth paying.