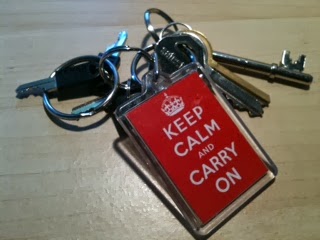 Just recently, there have been a few occasions on which I've had cause to wonder whether I'm headed squarely for dementia - being absolutely certain I'd forgotten my keys and then being surprised to find I had remembered them after all (better than the other way round), and the increasingly common disappearance of a word or thought that had, two seconds previously, been top of mind. Know the feeling? I know I'm not the only one, because just last night I was talking to a friend who also confided she's concerned she's on the same slippery slope, citing similar faux pas.

New research from Cornell University doesn't totally allay our fears, but it does move us closer to identifying reliable methods for evaluating whether such lapses are on the 'healthy age-related memory loss' spectrum or the 'Mild Cognitive Impairment (MCI) and Alzheimer's Disease (AD)' spectrum. The results hold promise for detecting neurocognitive impairment early and implementing prophylactic strategies.

CJ Brainerd et al. in the paper 'Dual-retrieval models and neurocognitive impairment' showed that declines in reconstructive memory (that is, recalling a word or event by associating it with clues about its meaning, for example recalling that 'carrots' was presented in a word list by first remembering that the list was associated with food shopping) were associated with cognitive impairment of the type described by MCI and AD, but not with healthy ageing. The type of impairment associated with healthy ageing was recollective memory - that is, an increasing inability to recall a word or event precisely.

So, decline in reconstructive, as opposed to recollective, memory is the all-important distinction and, over a period of 1.5 to 6 years, declines in reconstructive memory were a reliable predictor of of future progression to neurocognitive impairment (either MCI or AD). Of great significance is the finding that loss of recollective memory is a better predictive marker of MCI or AD than the best available genetic markers of such diseases.

So, where was I? The bottom line is, that forgetting the odd word or thought (or keys) here and there is a perfectly normal part of ageing. 'Thingummyjigs' and 'What's-his-names' are just fine. And hopefully this research will lead to greater leverage of the predictive value of reconstructive memory and foster earlier and more effective treatment of neurocognitive morbidity.