The Hazards Of Identity Politics 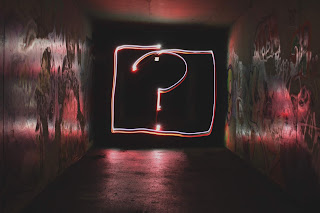 I was going to write something non-contentious for this blog but then I read about Labour leadership contender Rebecca Long Bailey’s aim to “stamp out” transphobia.

Soon afterwards came the judge’s ruling on “hate speech” in which Mr Justice Julian Knowles warned Britain is heading towards an Orwellian society if it isn’t careful.

His warning came after a police officer told  a man who tweeted on the transgender issue that his tweets would be recorded as a “non-crime hate incident”.

What exactly is that - and who decides what a “non-crime hate incident” actually is? That really is a strange phrase and yet it is said with a straight face.

According to one definition, identity politics is “a tendency for people of a particular religion, race, social background, etc., to form exclusive political alliances, moving away from traditional broad-based party politics”.

I thought the idea was new but I read it has been around since the 1960s. And yet it's only just caught on in a big way.

I suppose we were in the middle of a Cold War between East and West in the 1960s and united in our disdain for “the other” so perhaps it was not its time to shine.

Why has this happened now? Perhaps, since 1989 and the fall of the Berlin Wall - and the worldwide web of course -  we have had the chance to explore other political ideas. So, what was once a teeny pebble in a pond is now threatening to engulf empty the pond via a tidal wave. Excuse the mixed metaphor but I think that pretty much mirrors my astonishment at how a society that once seemed reasonably cohesive now appears so fragmented.

In psychoanalytical terms, the belief is we all have a need for “the other” - the person or thing on which to project all the feelings inside us which we cannot bear to acknowledge within ourselves - so perhaps identity politics has arrived to take the place of “the other” within our lives.

Identity is at the core of all of us. Look at small children and they’ll tell you their names, their ages, their gender ("I’m a boy, she’s a girl), who their friends are, where they live, what they like, etc. etc.

Move on a few years and we’re just the same, only we’ve added status to it: “I’m a (job title) with the implication of what my salary is (or isn’t - queue shameful feelings); I’m married, not married, gay/straight, children, no children, hobbies” again, etc. etc.

That’s how we build up a picture of ourselves and others. We communicate, we learn our own likes and dislikes at the same time as we learn about those to whom we’re drawn. Clearly that’s a positive thing to do.

I remember being told as a child that people in polite society did not talk about politics, religion and money. Conversation was surface level only. Polite, I suppose. Wow! Nowadays, if we stuck to those rules we’d be having no communication at all.

I find myself thinking how ironic it is that, when considering identity politics, I’m reminded of Margaret Thatcher’s much-derided statement on society: “There is no such thing as society”.*

If society  - polite or otherwise - no longer represents the people, maybe that is why so-called lobby groups seem to have stepped in to fill the void.

Lobby groups have a problem of their own because they tend to represent a minority and decision makers often find it easy to ignore small groups. However, that problem can be assuaged by getting together a group of like-minded people/ideologies. Combining a fundamental belief allows the initially small group to become noisier and the voices of its members to seem louder. Therefore, in a political arena, it becomes harder to ignore them.

But what happens when the conversation becomes hyper-personal? And when there is no allowance made for different views.  It’s sex - gender? - money and politics most of the time. And absolute intolerance if someone disagrees.

For somebody who is new to the world of identity politics it seems to me there is no room for discussion any more - you’re either with me or against me and I’ll either block you or abuse you, and all in public sight/site (pun intended).

What this effectively means is, although it could be argued we’re communicating so much more than we used to, we are also communicating so much less. Original statements such as: “I’m a woman" or "I'm a man” now have to be thoughtfully worded so as not to offend, even if there’s no intention of doing so. Our communication skills seem to be decreasing at the same rate as the identity politics argument opens up and we seem to be in danger of segregating ourselves.

Wasn’t there a time when segregation was actively campaigned against - when did it come back into fashion?

Surely, if we’re being urged to embrace diversity at one level, we should be allowed to embrace it in our thought process too.

I feel that would become unhealthy, both for us as individuals and for us as a society.

I wonder if it’s time to diversify off this path too.

*Margaret Thatcher full quote continues  "… only individuals and their families”