Sniffing around for answers to autism 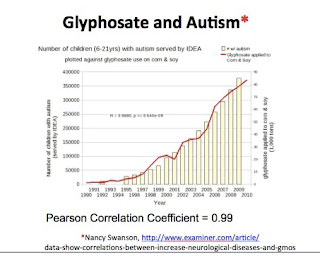 Some time in the last ten years, it seems that autism has made its way into the public mind. A bit like 'bipolar', it is now not uncommon to meet people (that is, children) who suffer from the condition.

According to the Center for Disease Control (CDC) in America, one in every 68 children is now born with autism, compared to a rate of around one in 2,000 in the 1980s.

One such proponent is Dr Stephanie Seneff, PhD and Senior Research Scientist at MIT. She predicts that, if we carry on as we are, we can expect half of all children to have autism by 2025. Which is why the following research, reported recently, may come in very handy.

Noam Sobel and Liron Rozekrantz from the Weizmann Institute of Science in Israel showed that children with autism can be reliably diagnosed using a simple 'sniff test'.

The authors concluded that such a test might turn out to be very useful in the clinical setting, and also raised the question 'is olfactory impairment possibly at the heart of social impairment?'

While their work is interesting, it seems that such a question ultimately distracts from the elephant in the room. Should we not be doing more to understand why the incidence of autism is skyrocketing, rather than becoming ever-more proficient at perfecting its diagnosis?

According to Dr Seneff, who has published over 170 scholarly peer-reviewed articles and has studied the link between environmental chemicals and neurological disorders for three decades, symptoms of glyphosate toxicity closely resemble those of autism. At a recent conference, she presented data (some of which in the chart above) which shows an oddly consistent correlation between the use of glyphosate pesticides and rising rates of autism. (Glyphosate pesticides are specifically formulated for genetically modified food crops.)

There is also mounting evidence that increased rates of vaccination are playing a significant role in the autism epidemic, with additives such as mercury, aluminium and formaldehyde being routinely administered by this means to children in the first year of life.

Does anyone else smell a rat in the growing number of cases of autism? Your insights, experience and observations welcomed.