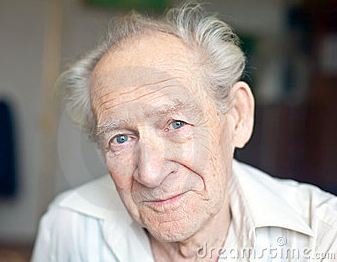 If it's true you're as old as you feel, then it would seem, from a recent piece of research, that you're also as depressed as others think you should feel for your age.

New research from the Yale School of Public Health in the USA suggests that older people who see growing old in a negative light are significantly more prone to mental health disorders than those who view the ageing process as being positive.

Researchers surveyed over 2,000 American veterans, aged 55 or older, from the National Health and Resilience in Veterans Study, a nationally representative cohort of nine million return soldiers. Participants' attitudes, markers of mental health and social activity were measured and assessed. The results were striking.

Lead author, Becca Levy, Associate Professor and Director of the Social and Behavioural Sciences Division at Yale says that, in her experience, negative age stereotypes can generate stress in older people which, in turn, raises the risk of psychiatric disorders later in life. She comments:


"These results suggest that reducing the negative age stereotypes that are present in media, marketing and everyday conversations could have mental health benefits."

Well said. While the chances of the media and marketing machine which dominates the culture is unlikely to do an about-face in projecting images which glorify youth and suggest that life on earth is about inexorable decline, we can, at least, do something in our own lives (i.e. 'everyday conversations') to recognise the intrinsic value of the ageing process in moving us towards greater maturity and wisdom.

I believe this is a significant piece of research, because it suggests that the more older people who succumb to the prevailing dogma of ageing as being negative, the more we can expect to see a rising tide of depression and suicidal tendencies among older members of our community. What a great tragedy this would be.

I recently sent a birthday card to an elderly relative which read 'It isn't an ageing process, it's a perfecting process', which sums it all up, to me. A cheerful veteran of World War II, he bears his various aches and pains with good humour, fortitude and dignity. He's a great gift to our family and we are profoundly grateful for the example, wisdom and guidance he continues to provide, especially for younger members coming up the line.

The value of a positive attitude towards ageing cannot be underestimated - nor the necessity to defy the negative age stereotypes becoming so pervasive in this post-modern world.

Have you witnessed the contrast between the mental health consequences of  negative and positive attitudes to ageing? If so, we'd love to hear from you. Either way, we'd value your thoughts.